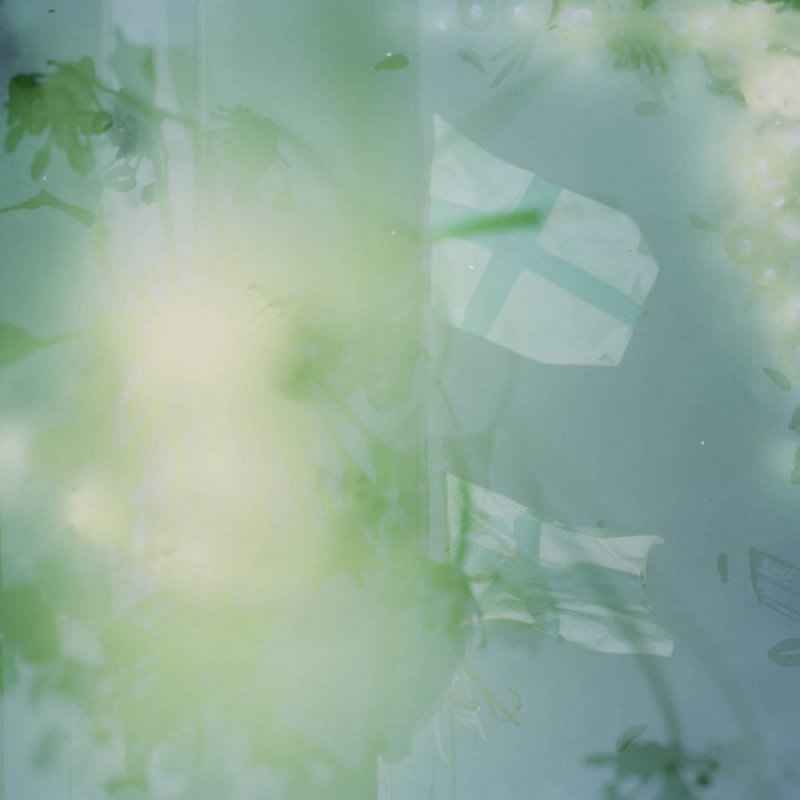 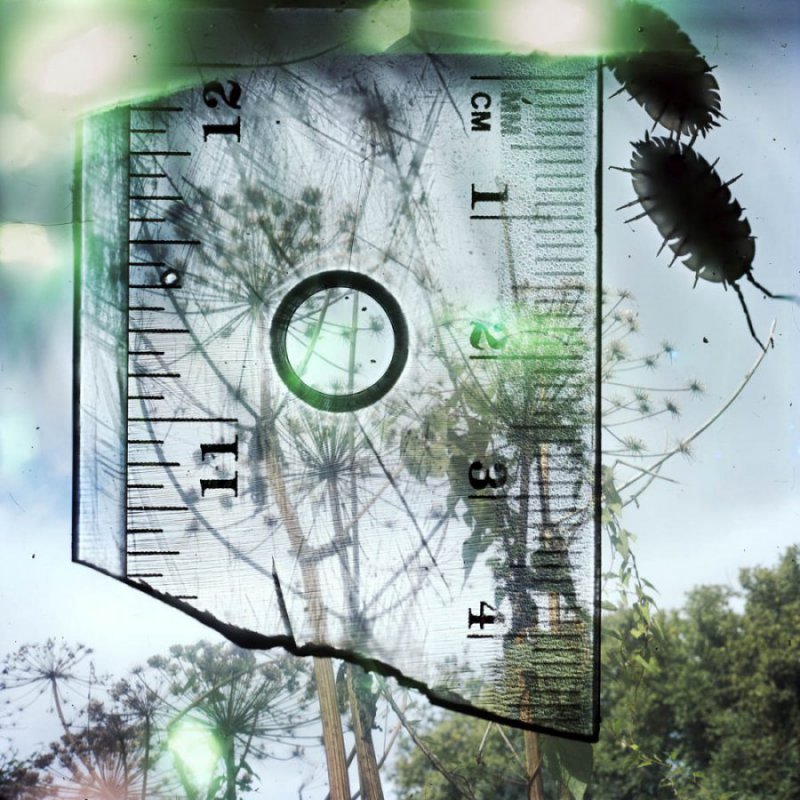 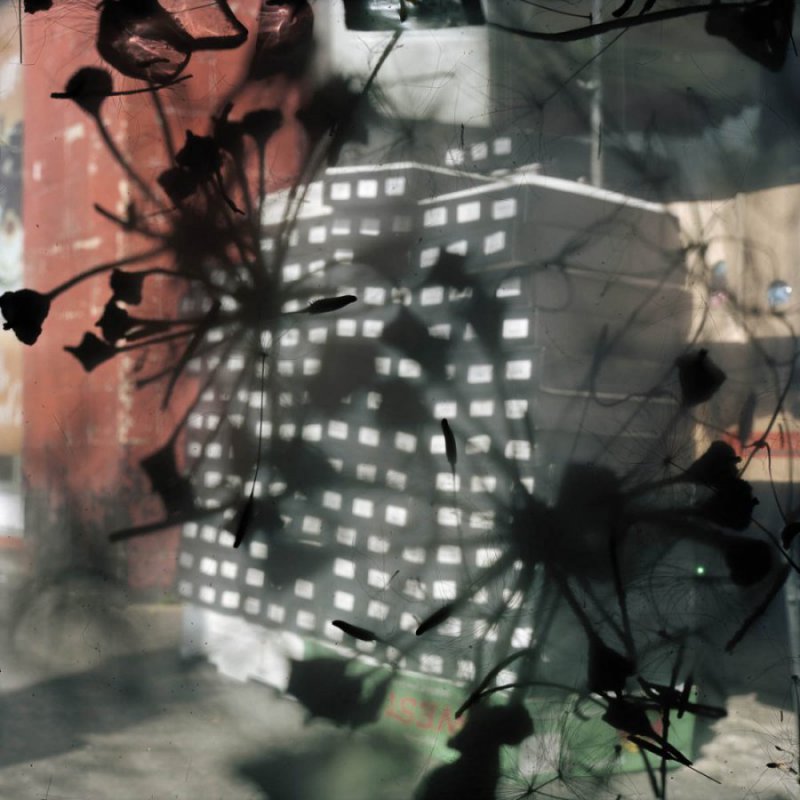 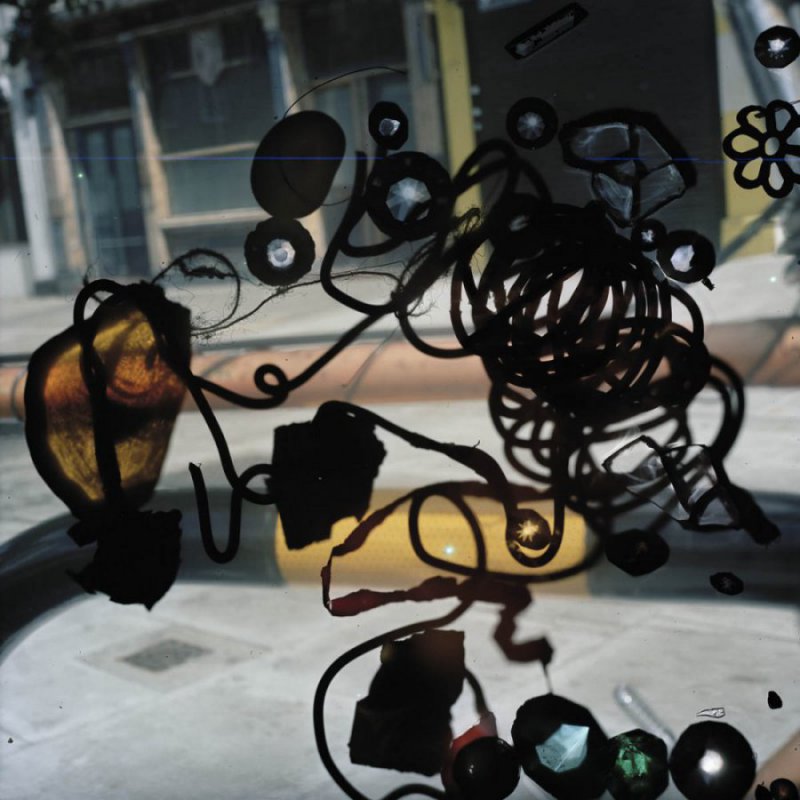 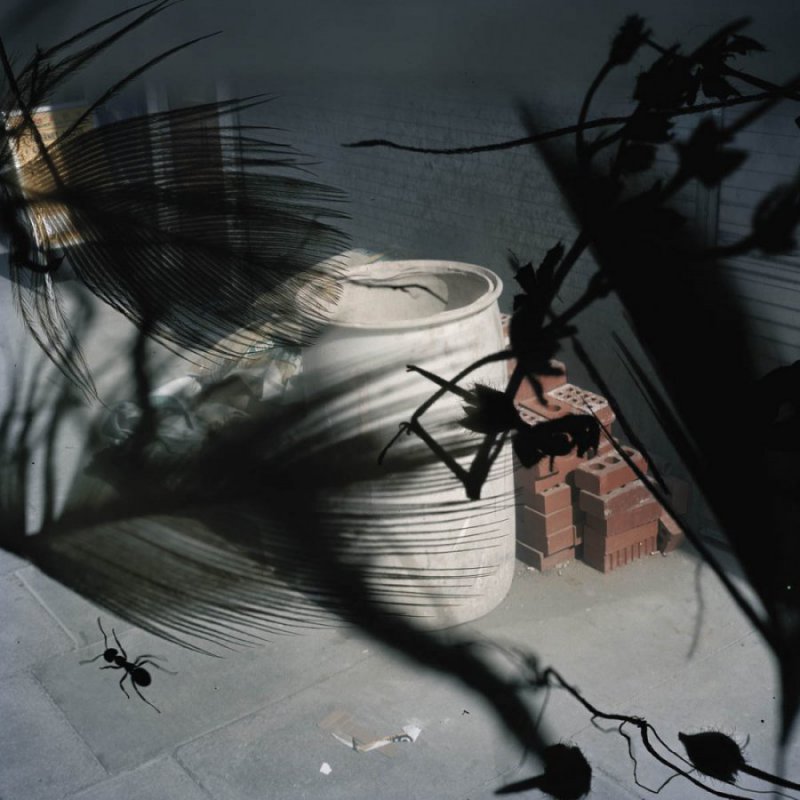 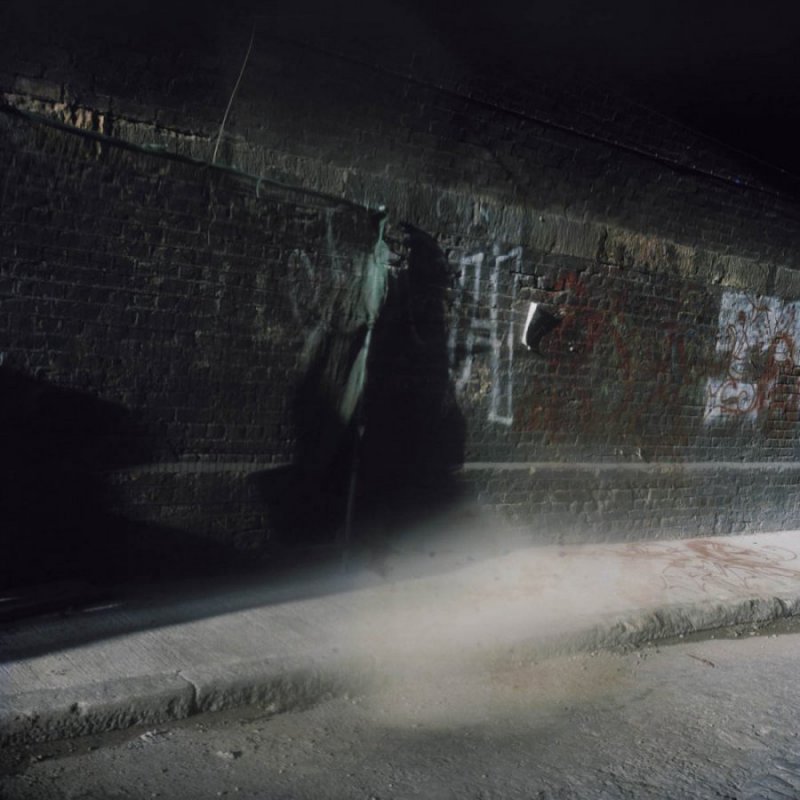 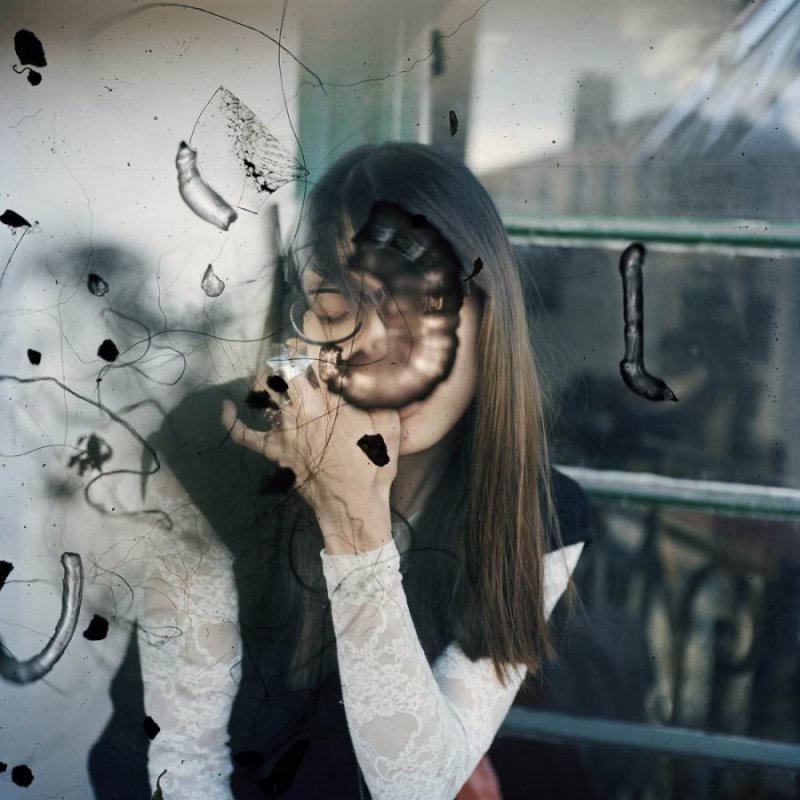 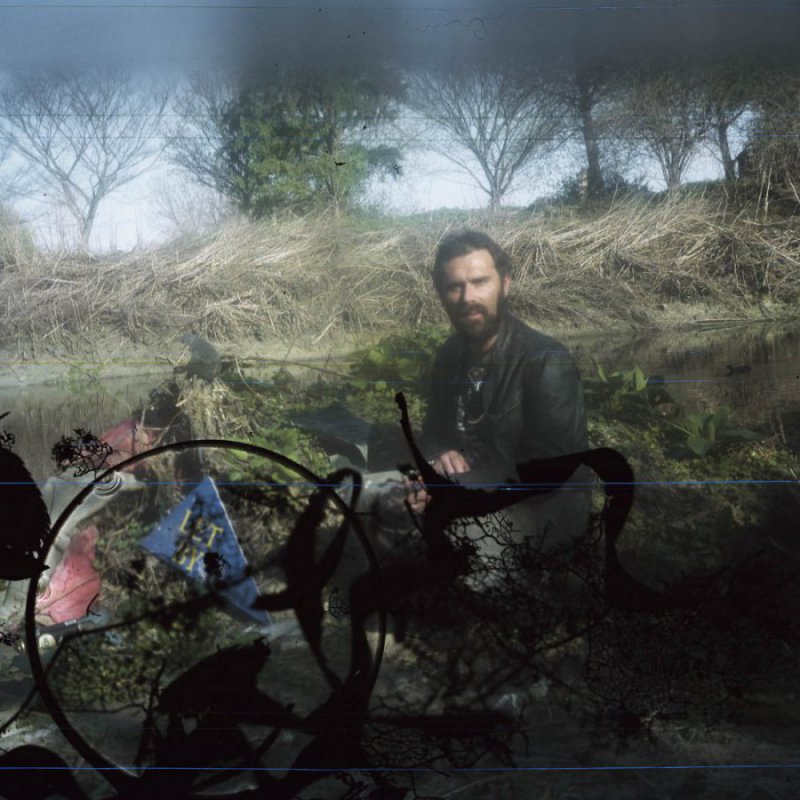 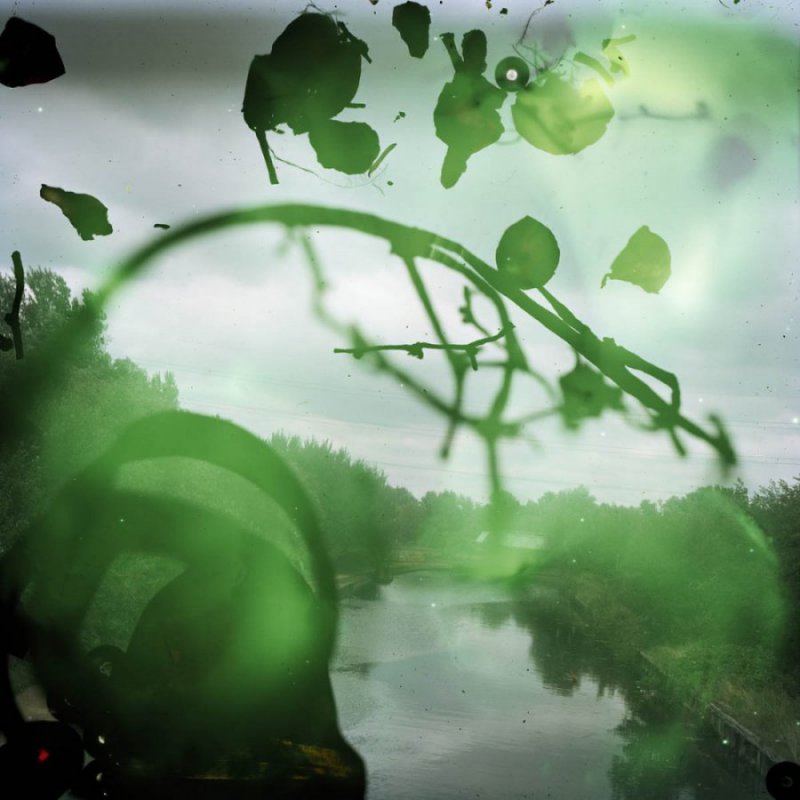 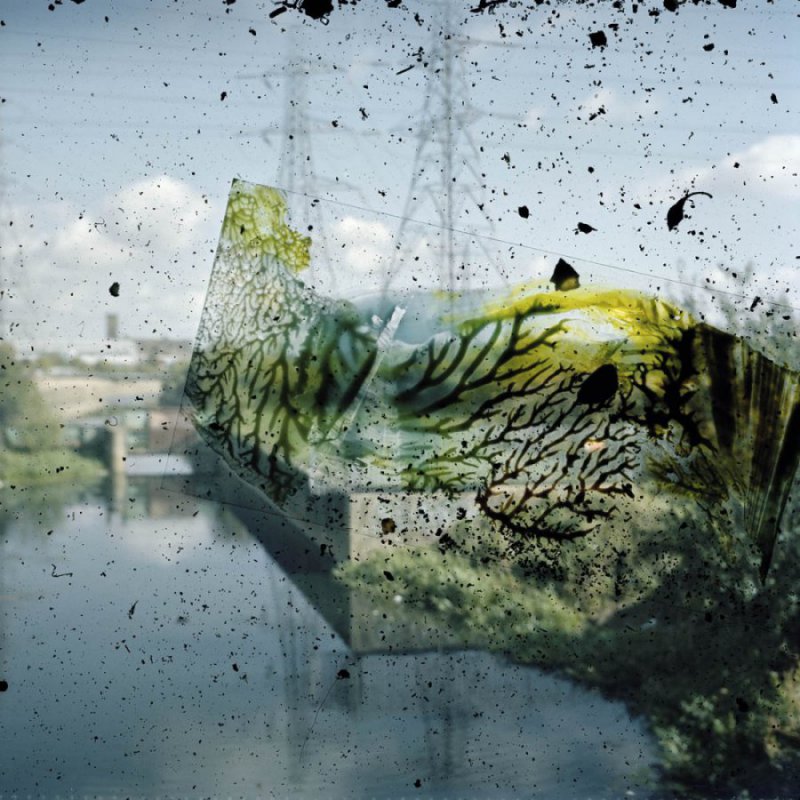 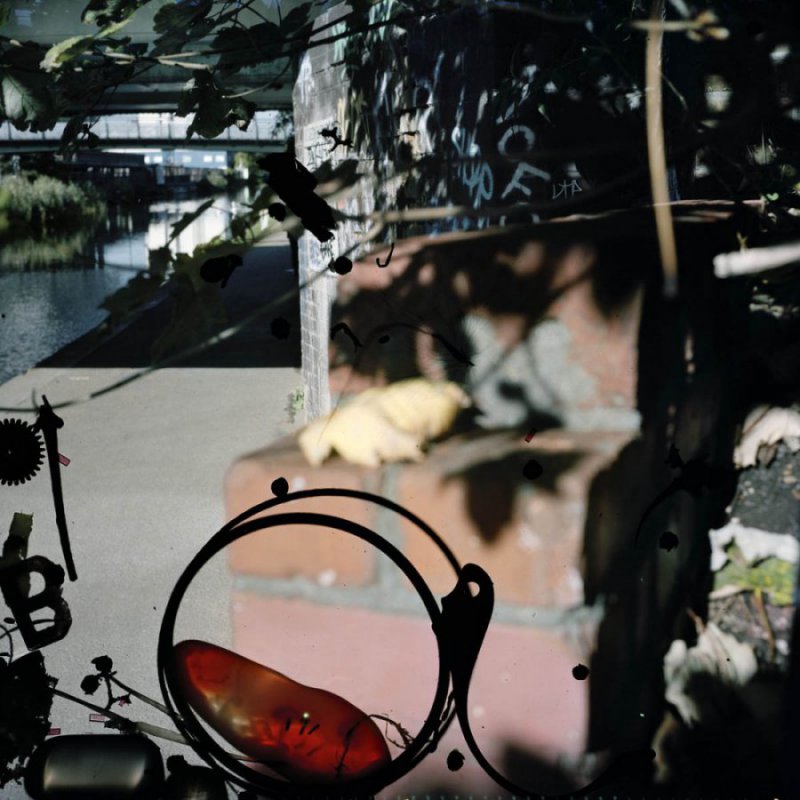 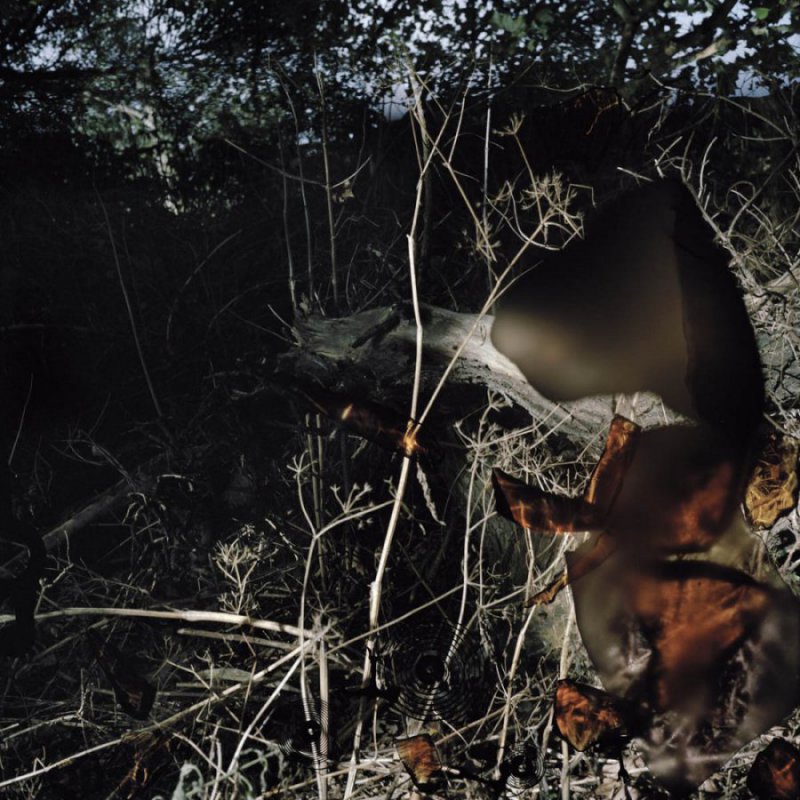 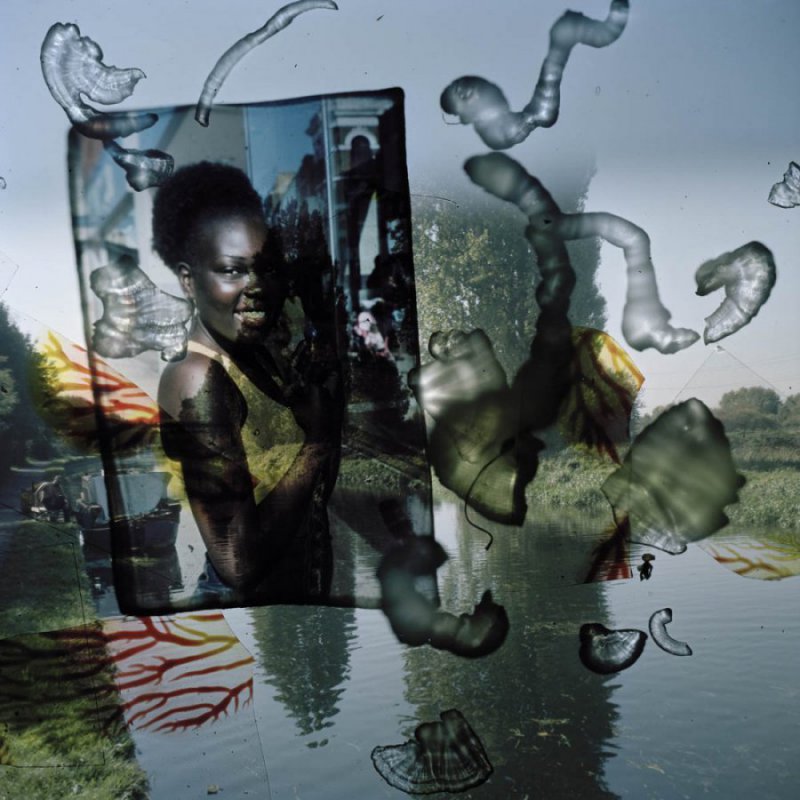 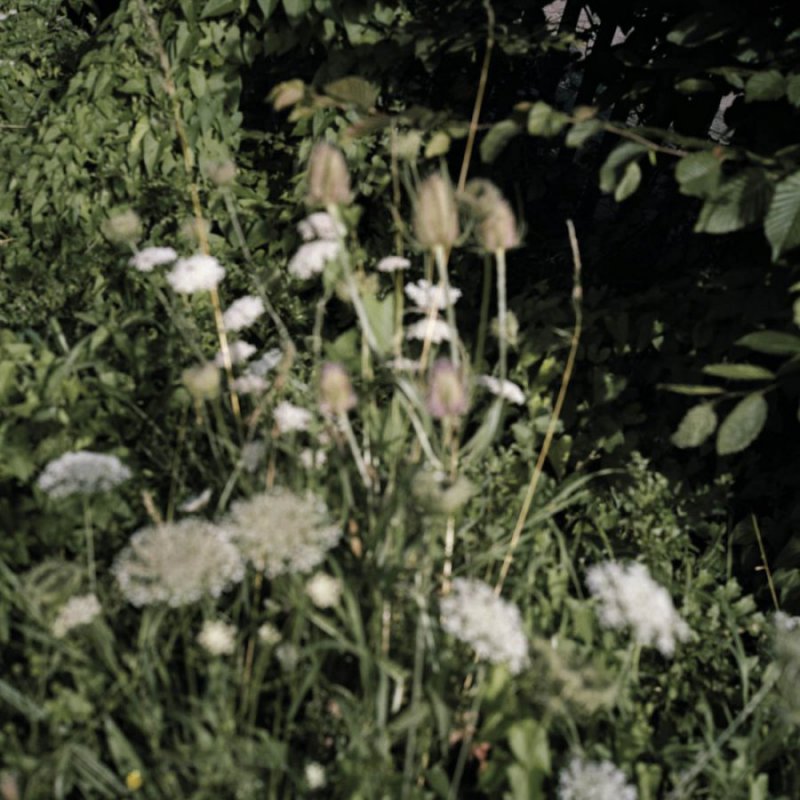 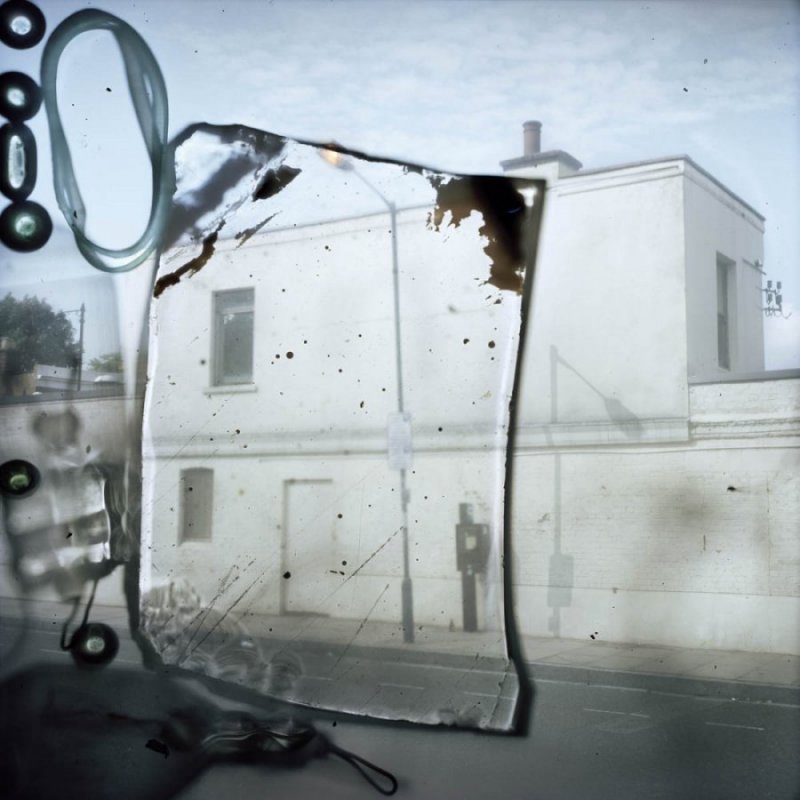 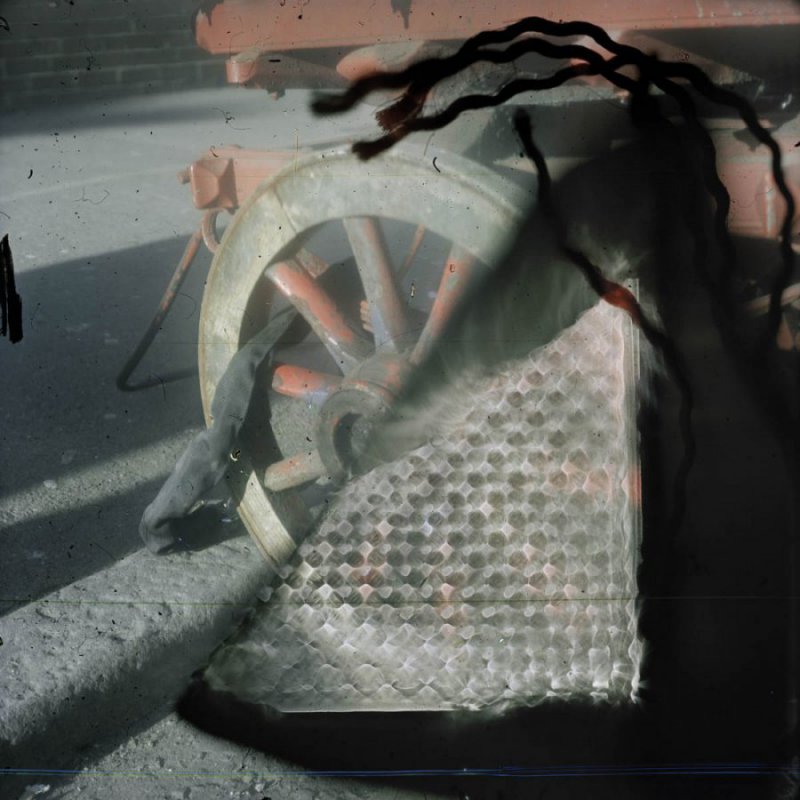 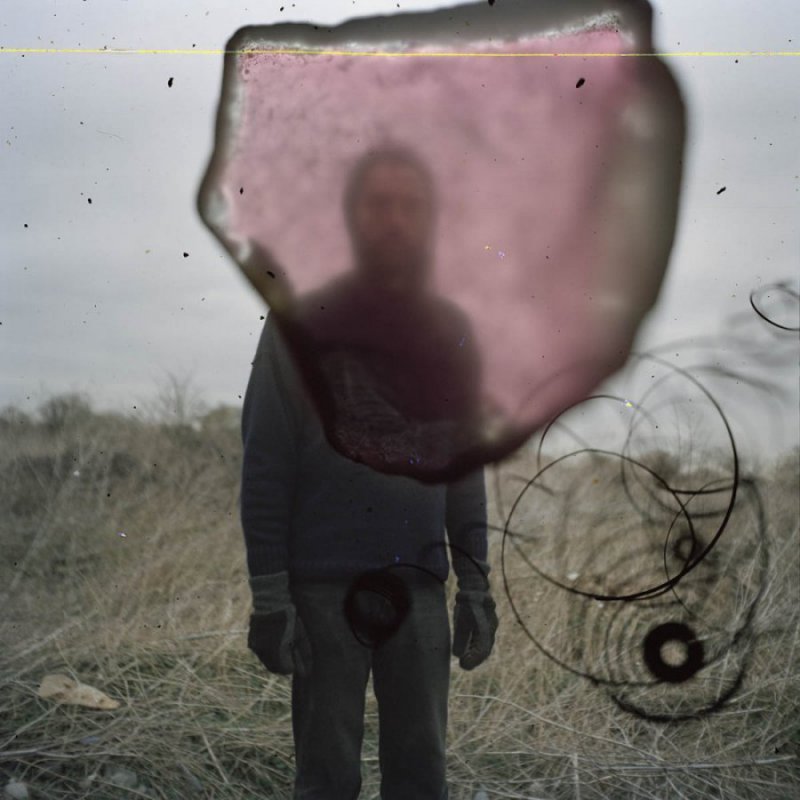 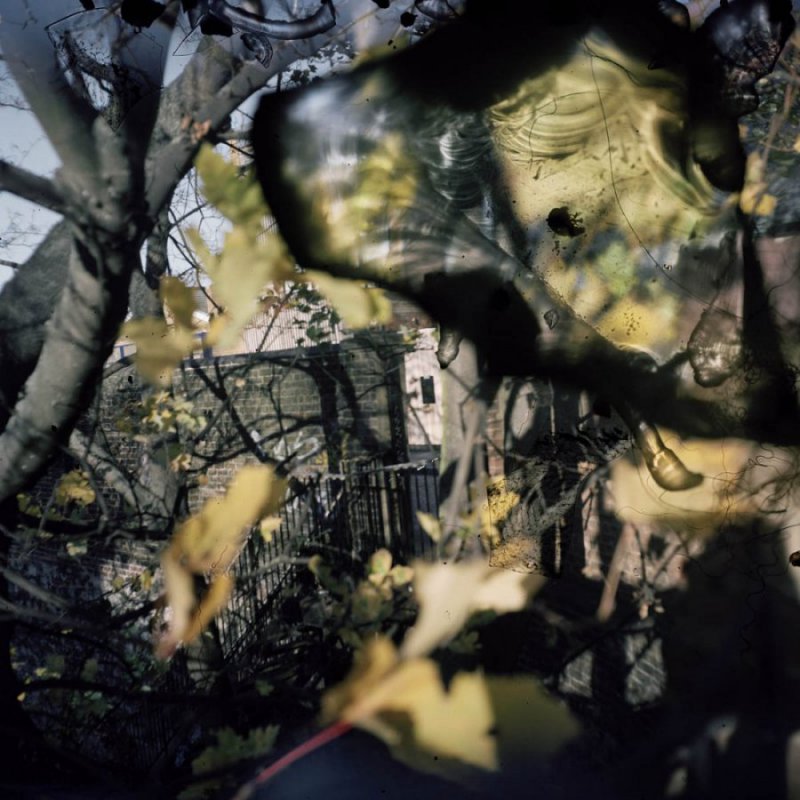 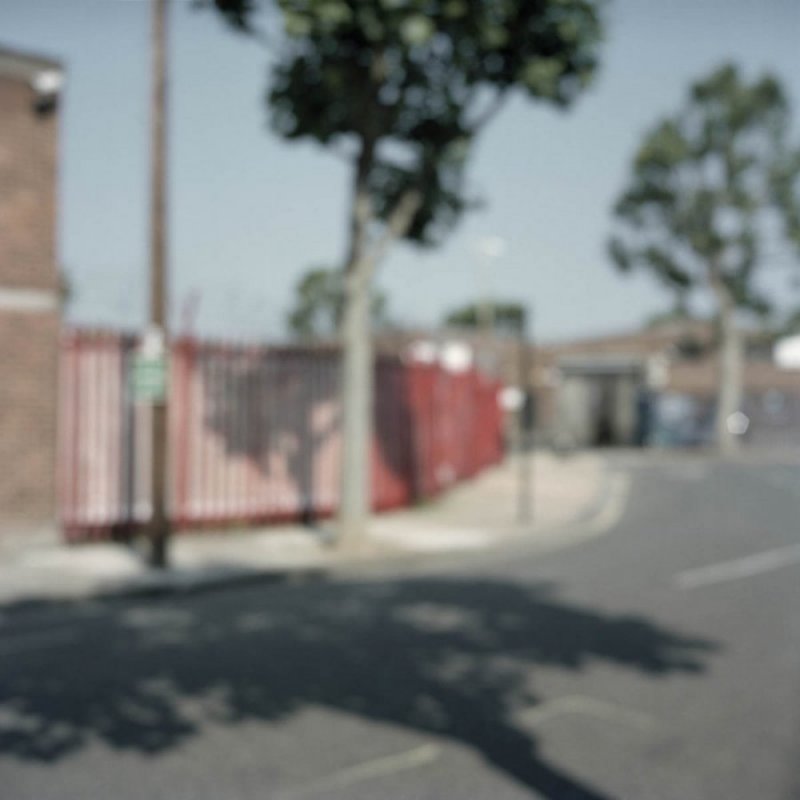 English photographer Stephen Gill has chosen his home neighbourhood of Hackney in London as his creative arena. This working class borough undergoing gentrification is associated with bohemia and the building work around the Olympic Games. In his Talking to Ants series, Gill pursues his efforts at immersion by putting found objects in the camera, reinventing the position of landscape in the image.

Raphaëlle Stopin For almost fifteen years now you have rooted your photographic work in the town you live in: London, and more specifically, your local district, if such a word can be applied to that vast area of the East End. Seen through your lens, it seems an inexhaustible subject. What relationship do you have with this territory?

Stephen Gill East London is inexhaustible, but I realised late last year that I was not and had a kind of burn out. I associate London with making work in quite an obsessive way. I find it very hard to relax there. I started to immerse myself in East London and photographically respond and subjectively describe aspects of life in this part of London since the late 1990s and have been making work there pretty non-stop.

RS In the Buried series you dug into the ground and buried C-type prints in the landscapes where the images were originated. In Hackney Flowers you have layered flowers from the photographed sites, and in Talking to Ants, you put all sorts of artefacts – mostly half broken and undistinguishable – and insects in the body of your camera. Finally in your most recent series, Best before End, you processed the negs, partly soaking them in energy drinks issued from East London.

If the first series using this process of literally integrating the environment in the physical material of the picture may say something about the entropy at work in these areas, which underwent dramatic change, due to gentrification, speeded up by the 2012 Olympic Games, why do you feel the need to go on with these interventions, for instance with Best before End, where the connection to a landscape is looser? Is that to say that the image by itself is unable to translate the place you were walking through, that this smooth surface is not enough for you? Does something inevitably get lost on the way, once encapsulated in the gelatine of the film or the surface of the paper?

SG By having such interventions very often you are obscuring, deleting or holding back in equal amount to adding, so often there are feelings of harmony and conflict, a confusion of scale or lack of clarity. This denial of information I believe I somehow offer gives space for other things to pass though or the subject to make itself heard.
Buried (2004 – 2005). I suppose is a direct collaboration with place where I took back and buried the C-type images made in Hackney Wick in Hackney Wick, where I left them underground for some time, allowing the place itself to make its mark and play a role in the finished image.
Hackney Flowers (2004 – 2007). This series was a kind of extraction again, that is to say, trying to extract objects, flowers and seeds from a single borough of London, Hackney, and intertwine and carefully arrange the objects on prints prior to re photographing them.
Talking to Ants (2009–2013). Like Hackney Flowers this series is a kind of extraction, though this time working more with chance and that special place that lies in the middle of intention and chance. The photographs in this series were made in East London between 2009 and 2013. They feature objects and creatures that I sourced from the local surroundings and placed into the body of my camera. I hoped through this method to encourage the spirit of the place to clamber aboard the images and be encapsulated in the film emulsion, like objects embedded in amber. My aim was to evoke the feeling of the area at the same time as describing its appearance as the subject was both in front and behind the camera lens at the same moment. I like to think of these photographs as in-camera photograms in which conflict or harmony has been randomly formed in the final image depending on where the objects landed.
Best Before End is an attempt to make a series of images that somehow reflect and encompass the intensity of inner city life and in a way how modern life almost does not allow us to be tired anymore. With this series the subject itself, “Energy drinks,” is a direct physical presence in the image itself: in the actual process rather than in front of the lens. The images were taken in Hackney and the drinks sourced from the same borough. The colour negative films were part processed and soaked in energy drink, which caused image shifts and disruptions and softened the film emulsion. The softening allowed for manual stretching, moving, tearing and distortion of the layers of film emulsion to take place, and further manual shifts were added with a soft brush whilst the emulsion was still pliable. The individual negatives were then left to dry and then were re-photographed.

RS The elements that you used in Talking to Ants are on a very small scale, as if you yourself were an ant during that process of searching for source material to include in your pictures. How did you deal with the chance factor, how important is this randomness in the process? Is it freedom that you get back by letting some of the artistic decisions go, and leaving them to chance and ants?

SG In recent years as you have mentioned I have been trying to collaborate with the subject or place in different ways and have had various attempts at doing so. Perhaps this partly stemmed from the idea of stepping back and having less control and therefore allowing the subject to advance and in some cases speak for itself, which is very appealing to me. This way of working relies less on photography’s great descriptive strengths and grapples with the idea of trying to record the spirit of a place or a more direct articulation by the subject itself. Talking to Ants is a kind of state of mind for me during the picture-making process. Perhaps the title stems from childhood immersion and tapping into a similar frame of mind where you loose yourself with objects, creatures and thoughts. It is a kind of freedom but in way, perhaps, for the subject too, as it allows both me and the subject to breathe and get to the other side of the glass wall that you sometimes reach at the parameters of a photographic study or project. I don’t want to undermine straight descriptive photography but often feel straight photography is not enough to convey all my thoughts and ideas.

RS You have published a great number of books, all self-published, under the name of your publishing house, Nobody Books. Most of the time they sold out very quickly. Each of them shows the same care and craft in their making. Usually they have no picture on their cover or visible type, but a silkscreen of a drawing or a painting, like those coloured bound volumes in the nineteenth century. There is a mystery to these books, as you can’t figure from their outside what you’re going to see. It gives them an ageless feeling, as if you were intending to withdraw these images from their time frame. Is that what you are trying to do?
And more generally, how do you approach that aspect of the life of the work? Is the book the ultimate form for you to give to the work?

SG I keep the two aspects of my work very separate and would never make work with a book in mind. Only when I feel the series is finished or the series has exhausted me or I have exhausted the series will I think about how the work may surface. There are many series I do not make books of. I take my time editing and sequencing images for a book and this is a process I enjoy. During this stage and all other book making stages I try to remain loyal to the subject and tune my mind into the frame of mind I was in when I made the content. That’s right, I have not used images on covers, or had not to date, I suppose I like the idea of image encapsulation within the book object, and the closed book is like a pause button and then open is play.
With regards to the life of the work in general I make both prints and books. These days I am having more shows and more museums and collectors are acquiring the prints than say a few years ago. Books I imagine will always be an integral part of my practice as what they offer the work make sense to my photographic practice. They hold together so nicely the complete series in a fixed sequence, they move around quite easily, they have a life of their own and are more affordable than prints, more for more people including students and libraries etc., and they are for your hands as well as your eyes.