The day after his new theater piece Riding on a Cloud was shown at MoMA, Shelley Rice talked with Lebanese artist, actor, and theater director Rabi Mroué, continuing her series of Meeting Points, now from New York…

Riding on a Cloud is based on Rabi Mroué’s brother, Yasser, and his personal experiences in the aftermath of the Lebanese Civil War. As a young man during the war, Yasser suffered a head injury that resulted in aphasia, a condition that rendered him unable to recognize friends and acquaintances in photographs or other visual representations. Because he was left with this “problem of representation,” Yasser’s doctor advised that he videotape and photograph his surroundings in an effort to retain an understanding of images and, ultimately, reality. Performed by Yasser himself, Riding on a Cloud combines prerecorded video and spoken word in a parafictional meditation on the relationship between lived experience and representation. 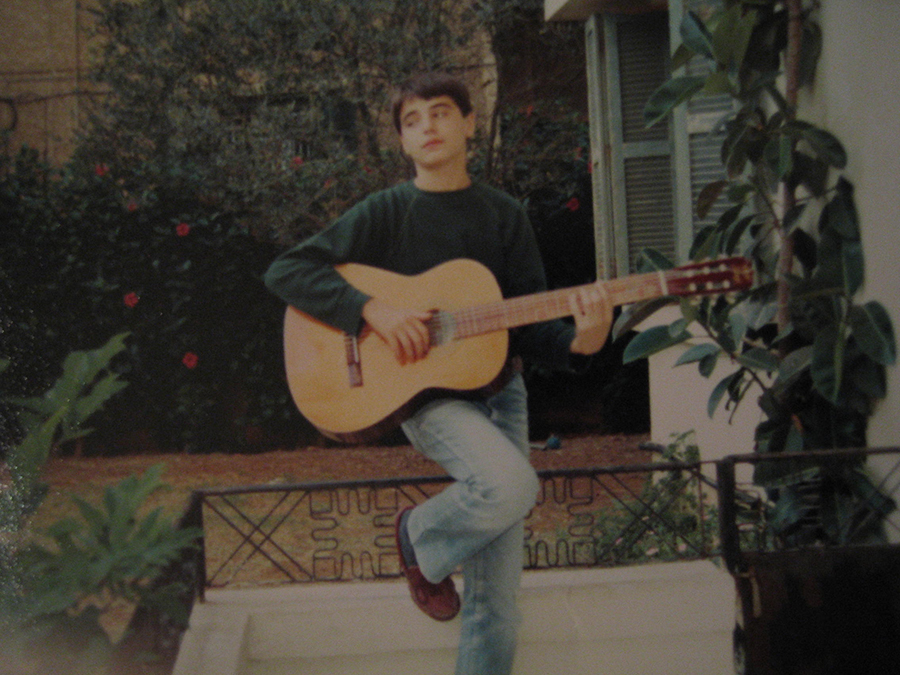 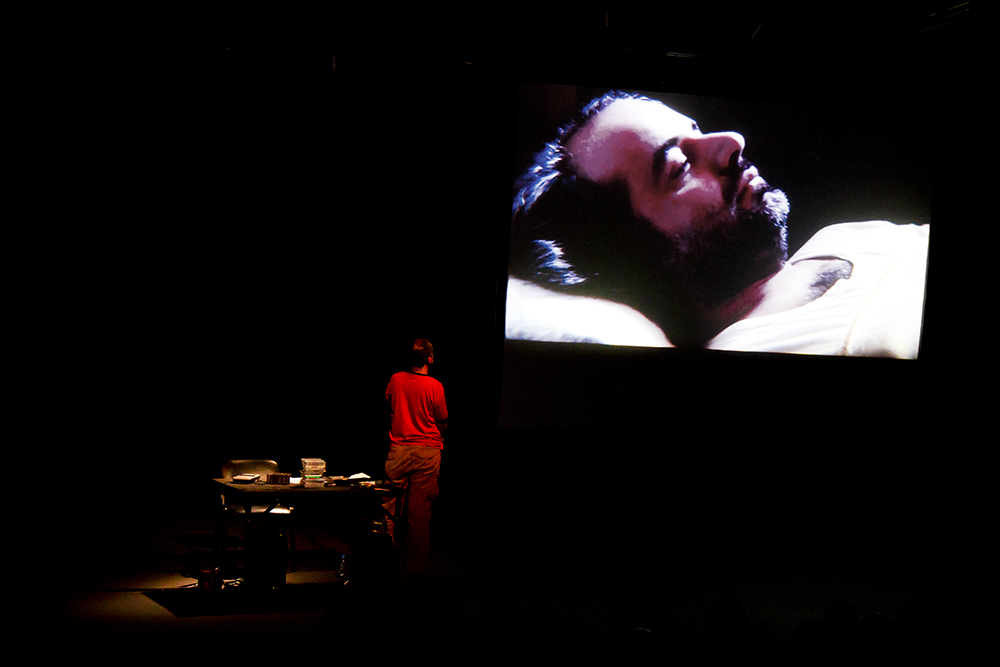 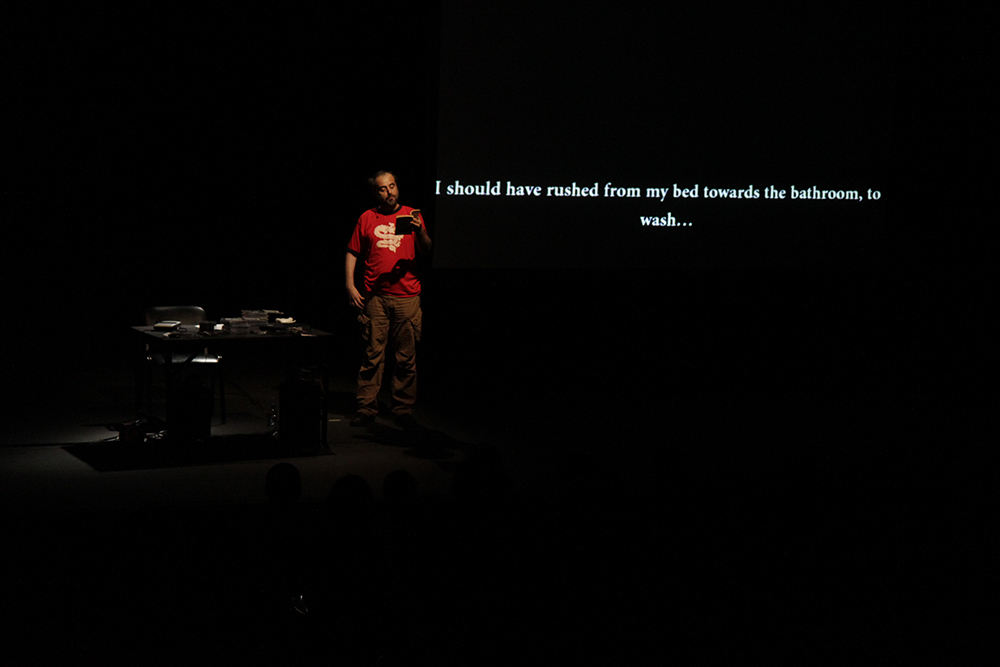 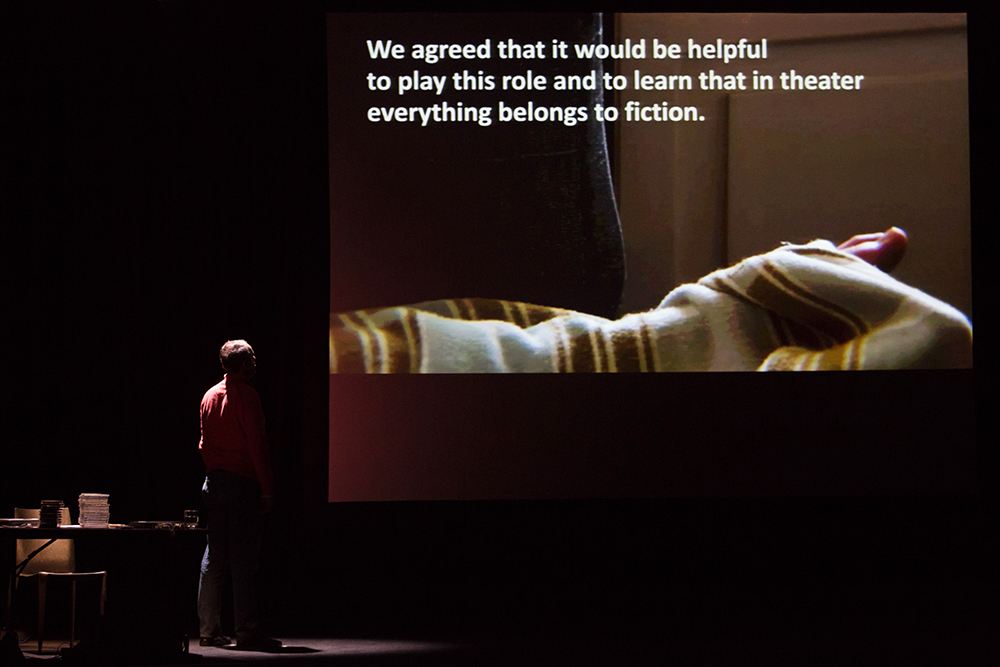 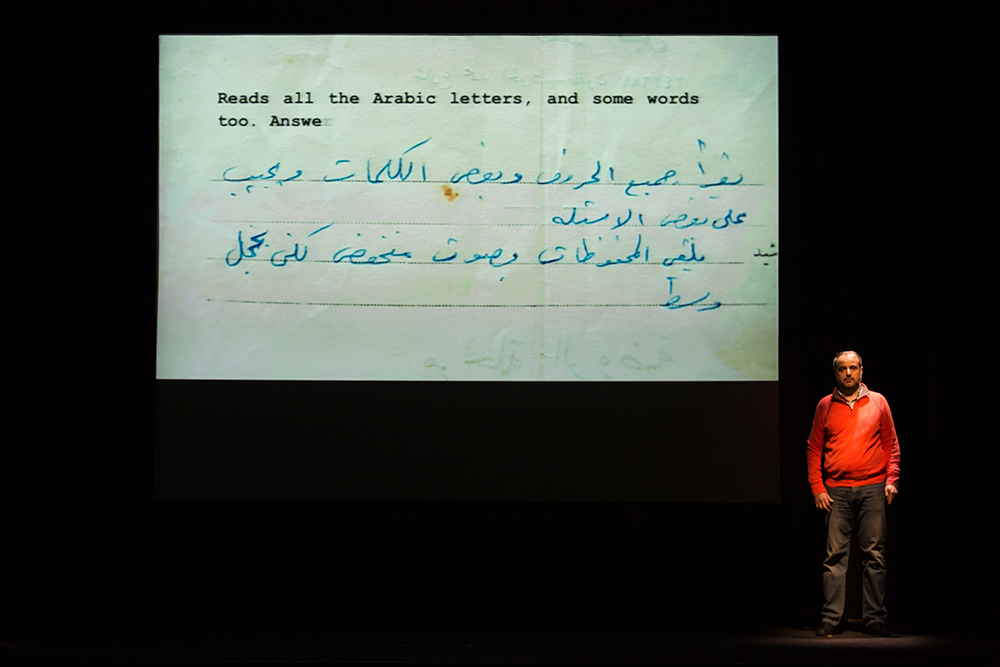 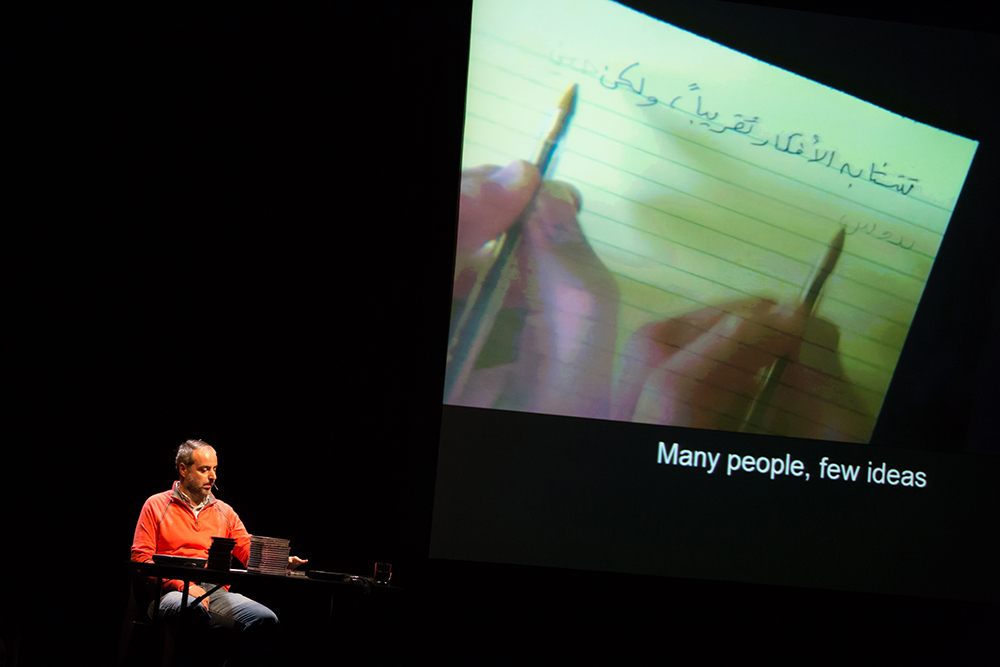 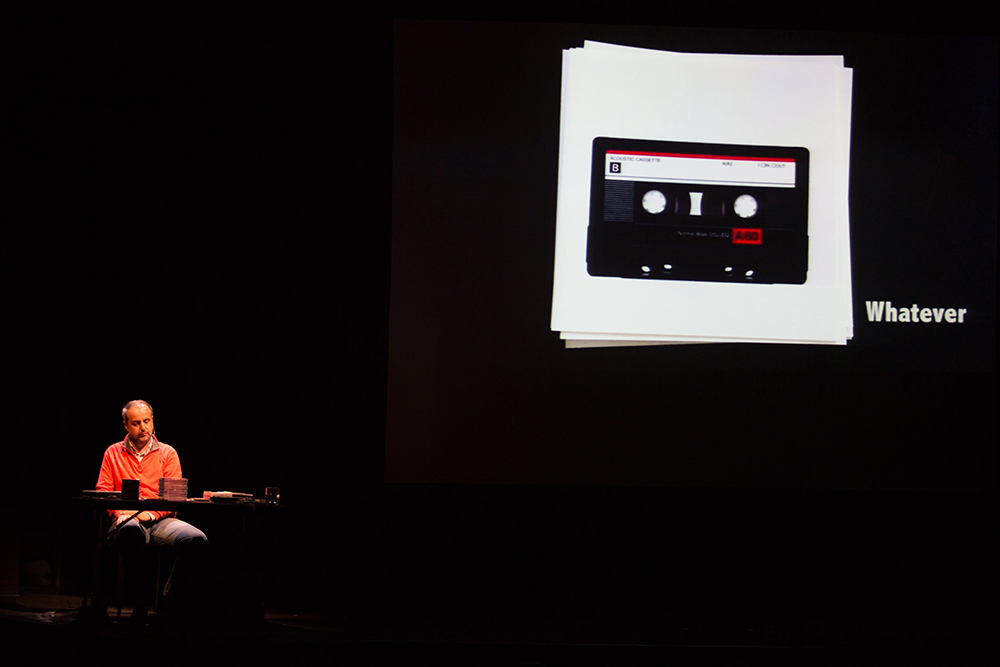 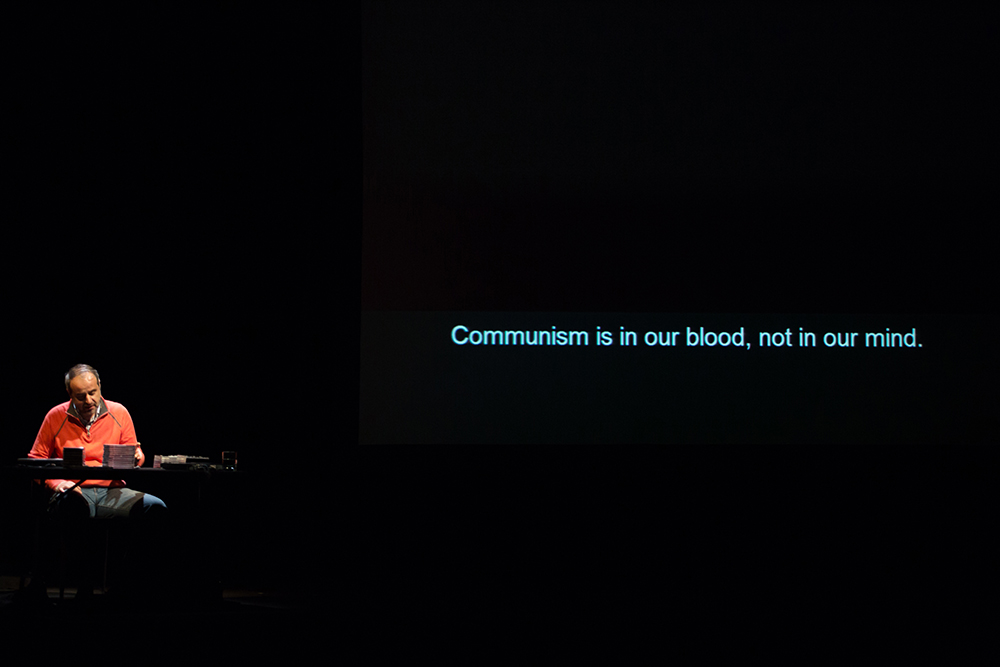 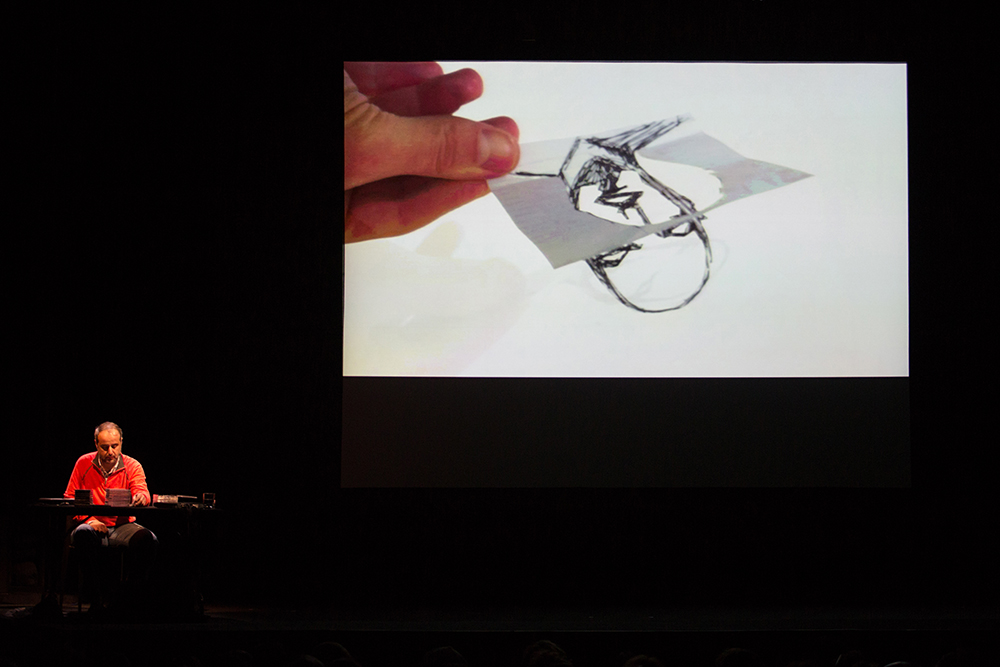 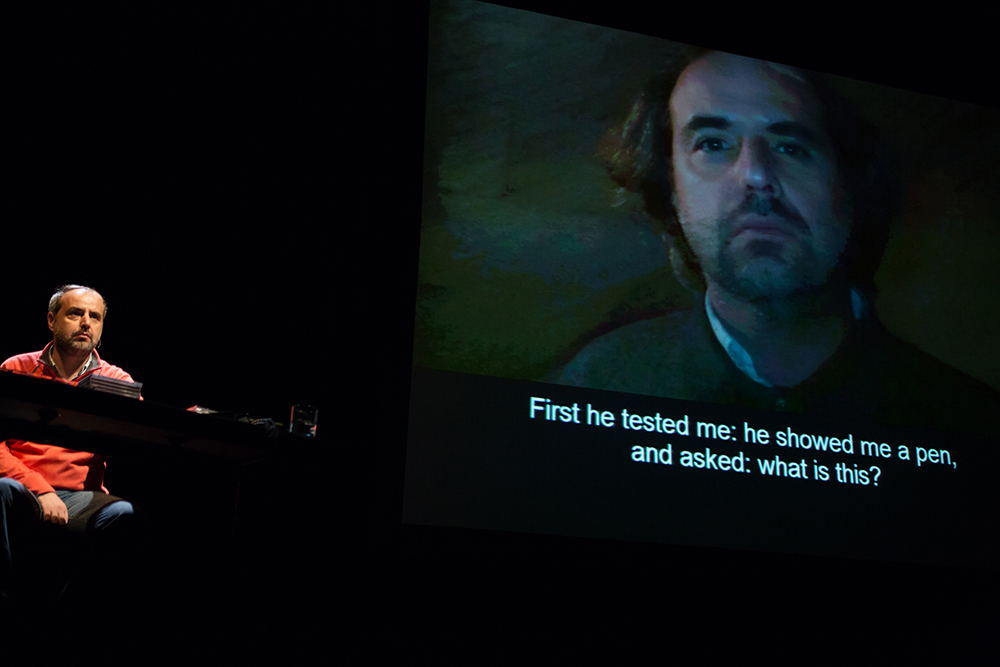 Currently based in Berlin, Rabih Mroué studied theater at the Lebanese University in Beirut, where he met Lina Saneh, his wife and most frequent collaborator. He has participated in numerous festivals and exhibitions internationally, including the 11th International Istanbul Biennial, Documenta (13), the 2009 Sharjah Biennial, and the 2006 Biennale of Sydney. He is the recipient of an artist grant for Performance Art/Theater from the Foundation for Contemporary Arts, New York. More about Rabih Mroué’s biography.

Shelley Rice is an Arts Professor at New York University, with a joint appointment between the Department of Photography and Imaging and the Department of Art History. A historian and critic of photography and multi-media art, a curator and journalist whose columns have appeared in The Village Voice, The Soho Weekly News and Artforum, her books include Parisian Views, Inverted Odysseys: Claude Cahun, Maya Deren, Cindy Sherman, The Book of 101 Books and several monographs on contemporary artists, like most recently Xing Danwen published by Prestel.

Special thanks to Shelley Rice, Rabih Mroué and to Joshua A Kwassman who recorded the interview.