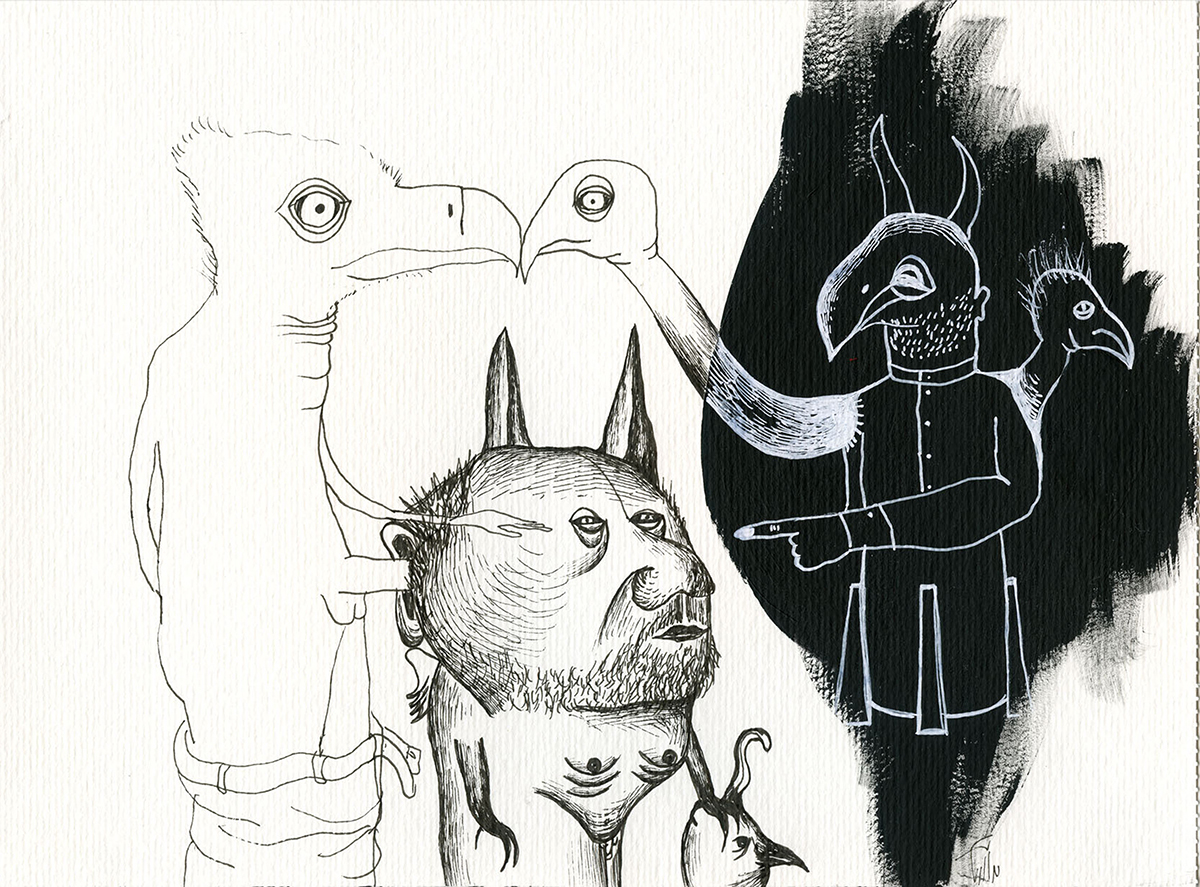 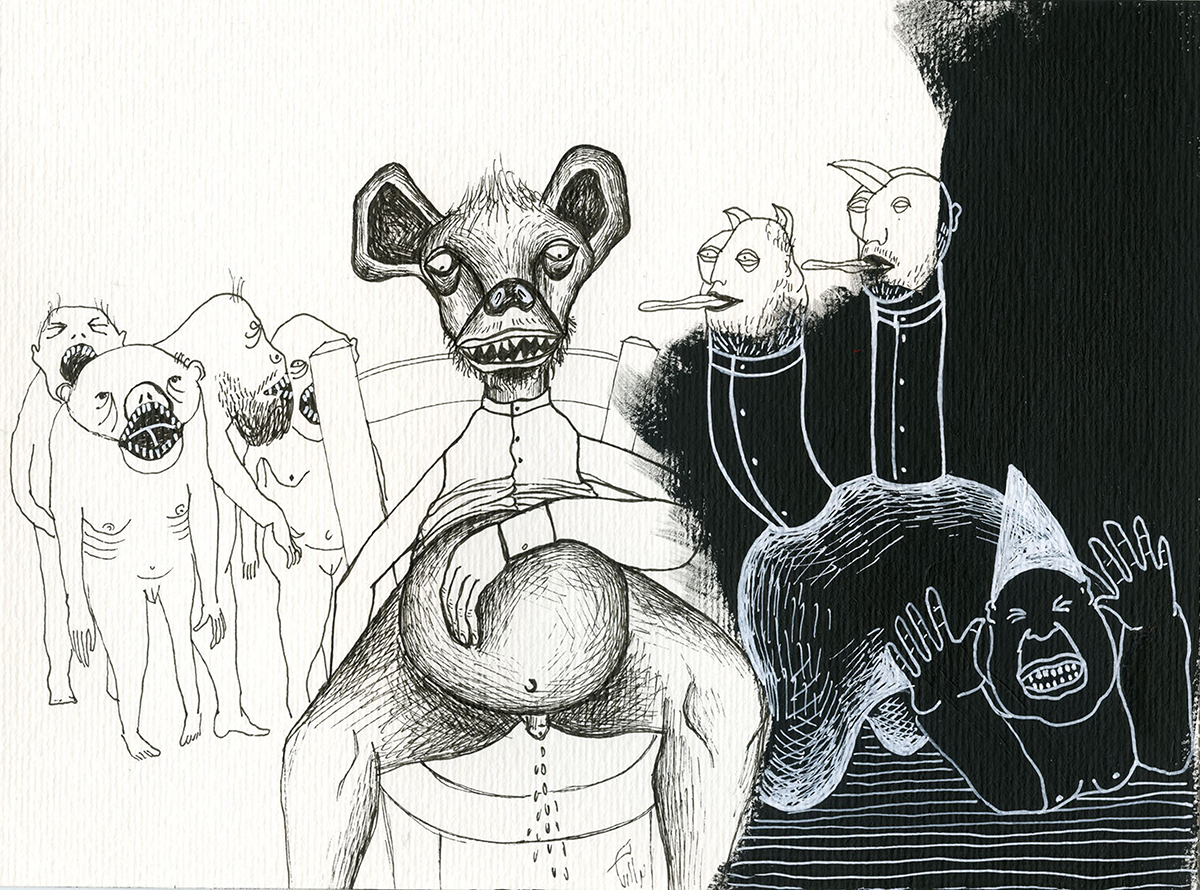 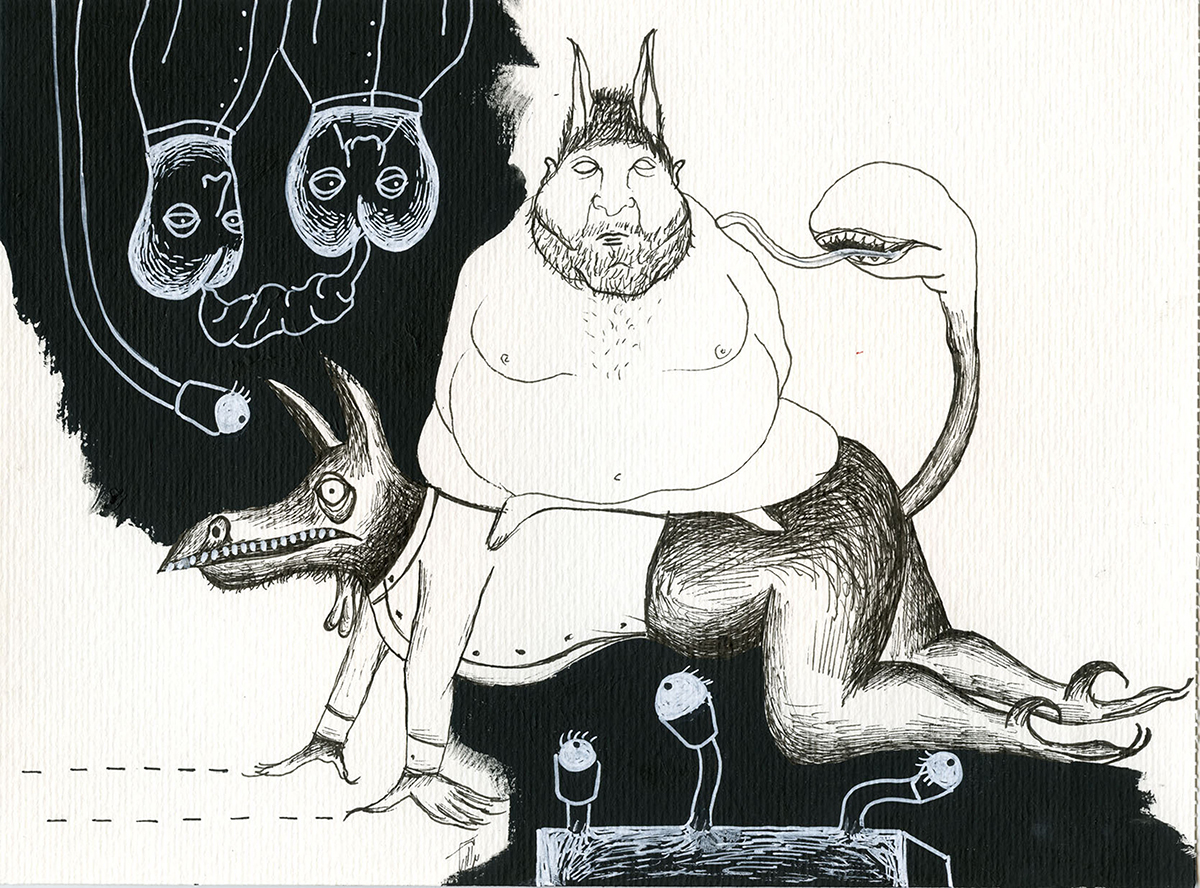 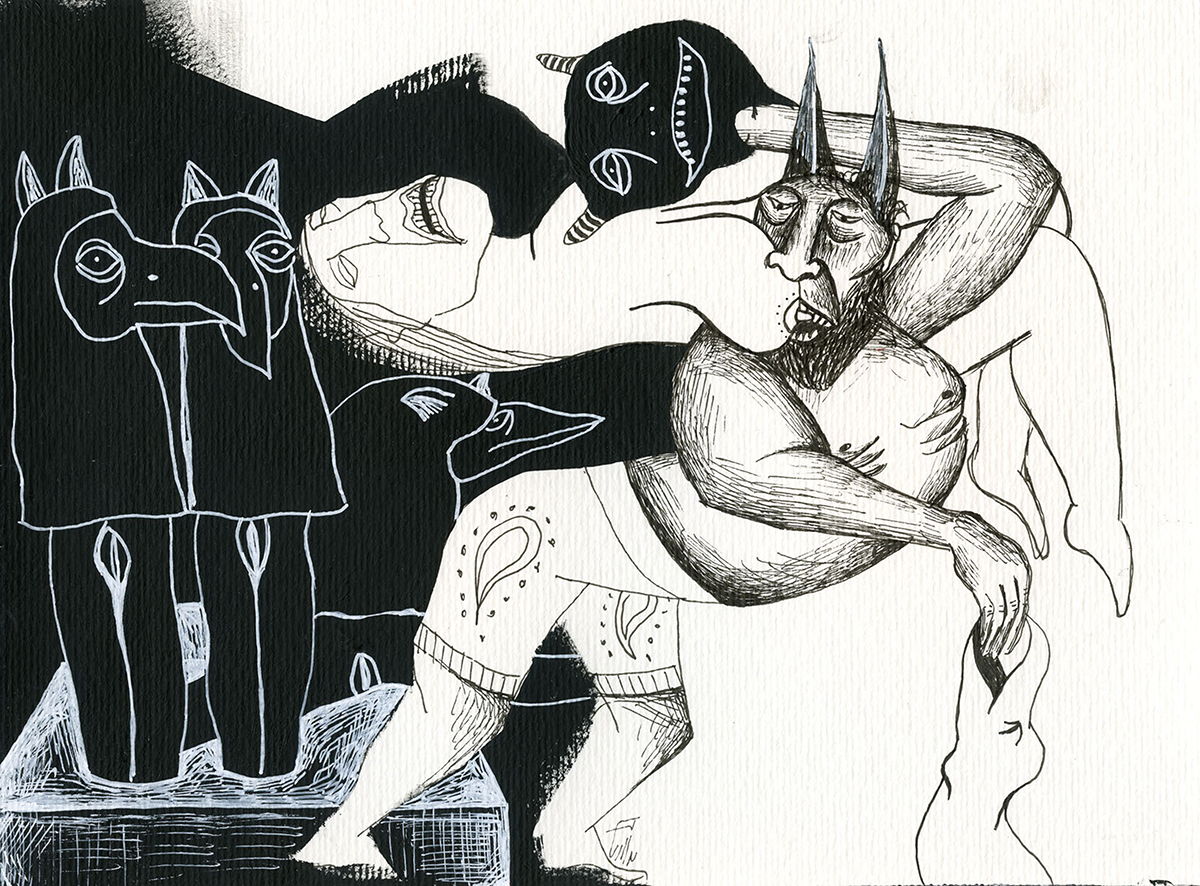 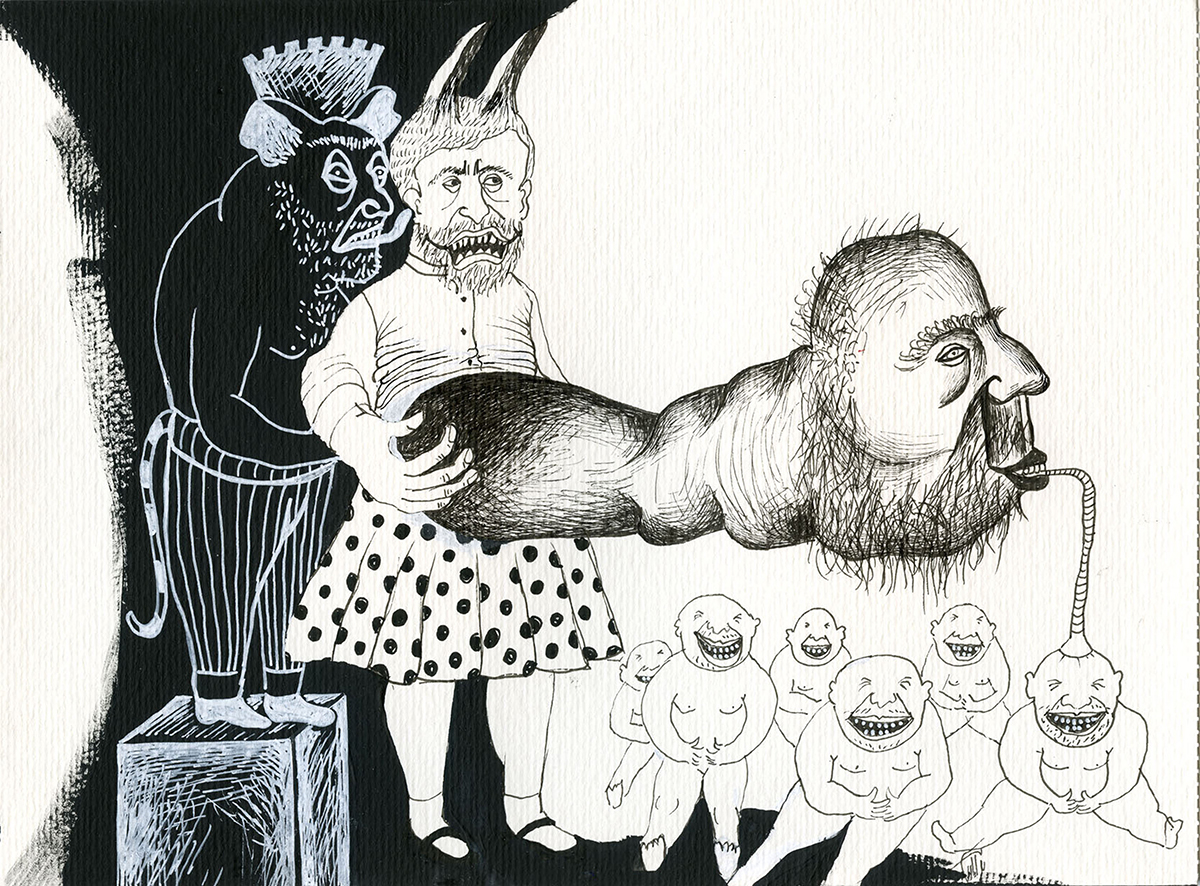 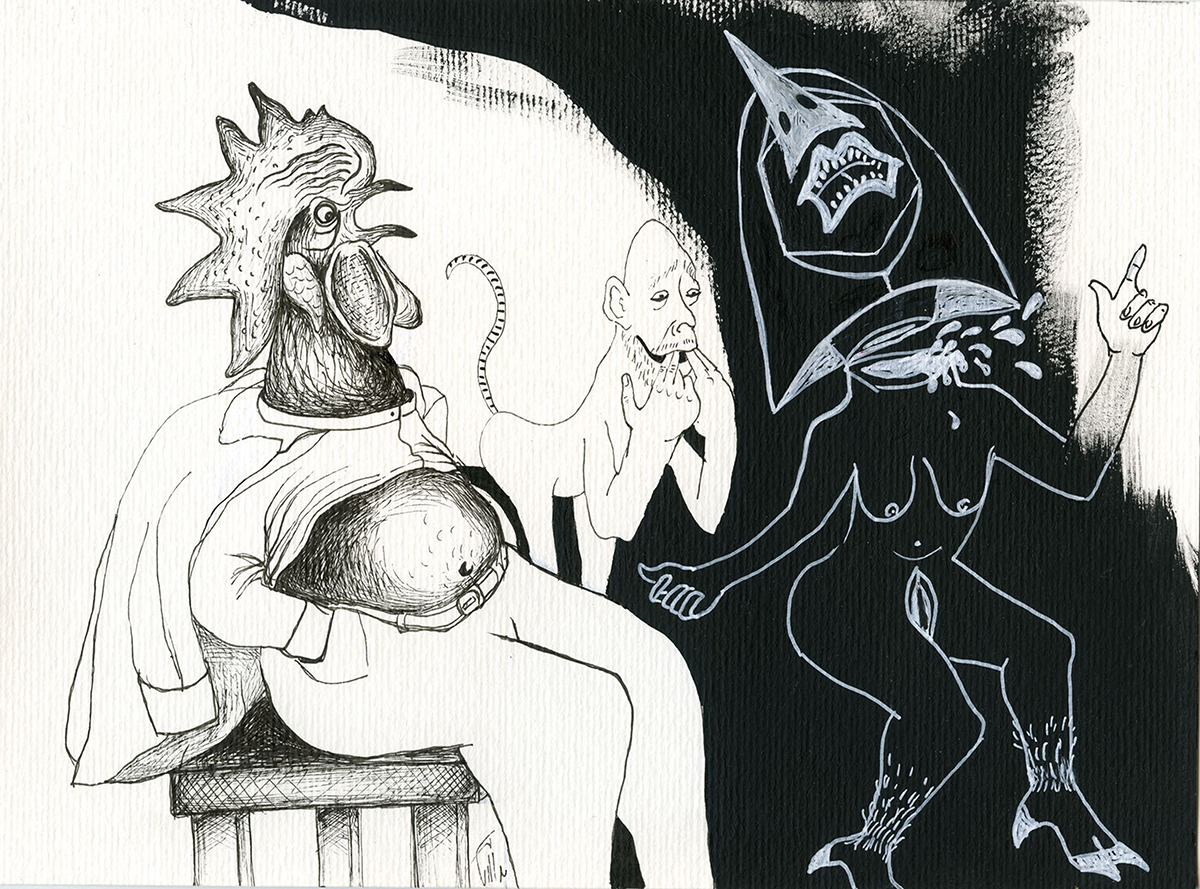 When Elika Hedayat arrived in France in 2004 – she had been admitted to the École Nationale Supérieure des Beaux-Arts, from which she would graduate with the congratulations of the jury in 2008 – she was surprised by how little people knew about her home country, Iran. But while her work certainly talks about Iranian society and its contradictions, it also looks beyond that to the complexity of a multiform, changing world.

Hedayat often mixes personal accounts and experimental documentary, drawing her inspiration from Iranian folk art, which is a long way from classical Persian art. Her stories, though, are contemporary and her characters real. And while the presentation and composition is always important, what she addresses through the different media she explores – video, sound installation, drawings, performances – is always the same political content. She is constantly questioning identity, origins, complexity and cultural schizophrenia, whether in Iran or elsewhere.

It is because she doesn’t want to forget her childhood, her upbringing, the war and the censorship imposed in her native country that she doggedly invents forms that recycle, rethink and update the collective history of a generation living under dictatorship. Her work generally revisits historical references, transferring them onto the terrain of personal experience, using mainly the various possibilities of her repertoire as a narrative document and tool for recuperating memory. Reality, memory and the imaginary interpenetrate in a highly personal narrative always linked to the struggle against the blindness of oppression.

Her drawings are infused with irony and suggest a contestation of the established order. In the time-honoured tradition of the grotesque, represented among others by Rabelais, Kakfa, Paul Klee and the Dadaists, she creates a tribe of strange people who come straight out of contemporary bestiaries, in which the human figure sometimes mixes with the animal and the animal with the vegetal. The work is falsely extravagant and designates a hybridity that has in all ages been an object of delectation and debate, pleasure and resistance.

While Hedayat’s work is essential for the power of its narrative, in my view it is her drawing that is its true foundation. Her usually untitled series, made with ballpoint, black felt pen and acrylic on paper, project qualities of lightness, speed and transparency – there are no hesitations or second thoughts –, from their colouring to their pictorial and sculptural dimensions. The emphasis and precision of line and stroke question the author’s obsessions, focusing the gaze on a central figure, or on a sequence of elements, mixing and partially dismembered.
For FIAC 2012, Hedayat joined with an Israeli artist of her generation, Tamara Erde, for a performance. This was a symbolic act in that each artist is banned from the other’s territory. It offered further proof that a work of art is an act of resistance and sign of independence with regard to the surrounding context.

Elika Hedayat was born and grew up in Iran. After studying at the College of Arts in Tehran she entered the École Nationale Supérieure des Beaux Arts (attending the seminars of Christian Bernard and atelier of Annette Messager). While there, she went on a year’s exchange to Vancouver in Canada. In 2008, she left the ENSBA, graduating with among the highest honours of her year. She then spent two years at the Studio National des Arts Contemporains du Fresnoy. Elika Hedayat is represented by Galerie Aline Vidal. She lives and works between France and Iran.