The Risky Visions
of Barbara Hammer
We learned with great sadness that Barbara Hammer, the pioneering experimental filmmaker, has died at the age of 79. She was a great filmmaker and a deeply human and enthusiastic person. We remember the wonderful moments she gave us in 2012 at Jeu de Paume. 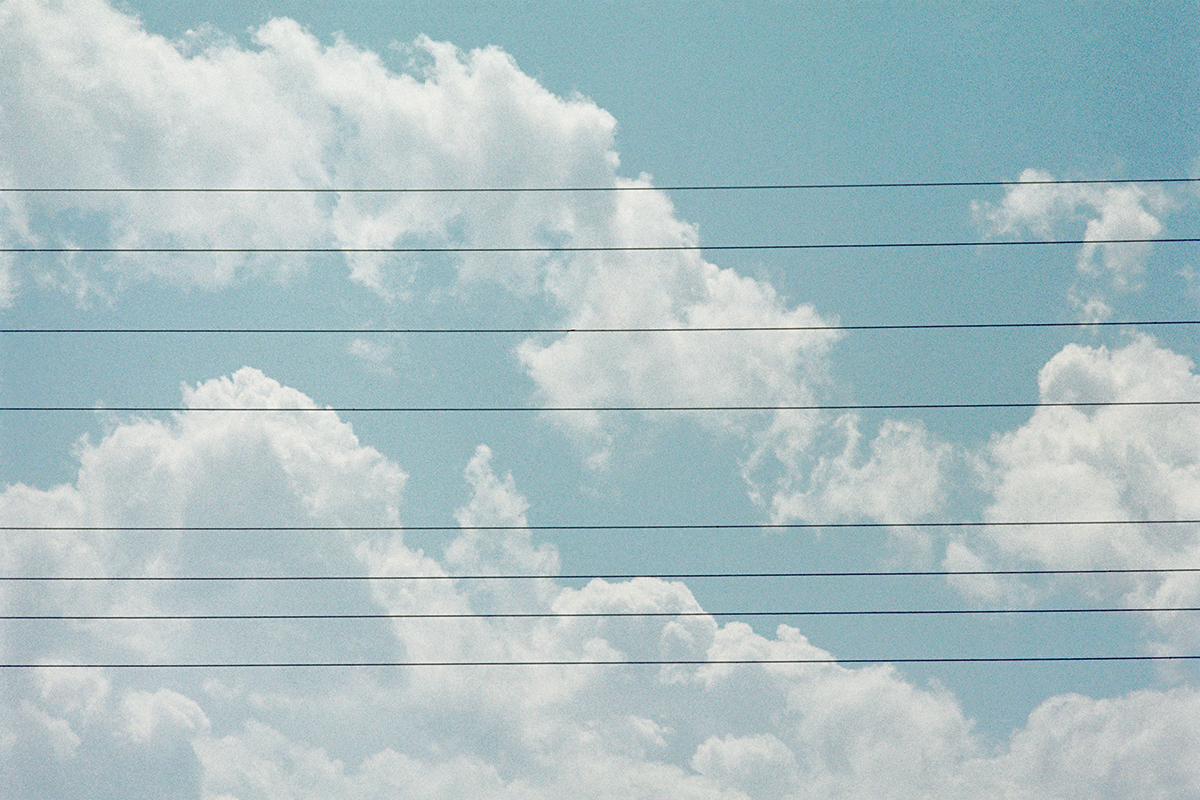 Why this photo, which doesn’t show anything decisive or noteworthy? With its swath of blue sky, bright shape-shifting clouds, and thin parallel power lines crossing the sky, the image sidesteps the rule of visual blow and event. The question “why?” so often expected to deliver the meaning of a photo, reduced merely to what it shows, is moot. The image is simply there, for no reason, which is not to voice criticism of its seemingly accidental or arbitrary nature, but quite the opposite – to accept the full legitimacy of this. It does not intend to add to a preexisting world, in keeping with a mimetic conception of photography; it is an integral part of this world, always already there. This slice of the visible, turned image through the simple effect of an eye behind the lens, may very well echo what vision alone gives us, without enhancement: it is something of a supplementary, and equally fundamental, way of experiencing the world. It thus invites us less to ponder its why, or whys, than to question the effects that it produces, the relationships it sparks with the person viewing it, and potentially, with the person who made it – as all of these elements make up a single framework or ensemble, a single world.

This photograph creates a sort of strangely dynamic pause in time, an impression of calm tension and of lightness, emerging from the simplicity with which opposites here coexist: on the one hand, the movement of the clouds, and on the other, their relative permanency, supporting the taut cords; on the one hand, vaporous masses whose forms spread out to the point of dissolving, and on the other, straight lines providing a delicate frame for the fleeting clouds. Is this ephemeral configuration, stable yet precarious, a metaphor for a still image in a moving world – for photography, in how it offers a frame of visibility, intelligibility, for what are inevitably forms in transition, forms on the verge of formlessness? Or is the idea simply to here appreciate the unprecedented relationship created by such an assembly of diverse elements, subjecting it to the gaze of each viewer in order to see what affects it provokes, what ideas it elicits, what directions and what forms it traces out on the internal map of our desires and thoughts? In short, an image such as this one has nothing to show, in the sense that it appears to have faded into its content, and is – as image itself – an act, an object, and a site of thought.


« Luigi Ghirri. The Map and the Territory »