It is vital to look back on Gordon Matta-Clark’s work, among other reasons, to highlight little-known facets of a shape-shifting oeuvre. The exhibition “Gordon Matta-Clark: Anarchitect”, and the accompanying catalogue, do so by revealing Matta-Clark as truly engaged in his era, concerned with the nameless, the have-nots of his time – but devoid of the now-common provocative claim that his art was necessarily political. Discussing his relationship to architecture should help us to further this exploration, which broadens our perception of the urban environment in which Matta-Clark worked, from Paris to New York and Berlin, while inviting us to question our own relationship with the city today – from our persistent worries to our diffuse delights. This is the dual direction of the conversation that follows with Pierre Alain Trévelo, architect and co-founder of the TVK agency, which notably handled the 2013 overhaul of the Place de la République in Paris, and has contributed substantially to reflection on the future of the Parisian outskirts.
It is thus a question of revealing Matta-Clark not only as an artist focused on construction and destruction, but as an architect who renews the positioning of places – at times glorifying them, as in Day’s End, which, in Matta-Clark’s words, was intended to be transformed into a veritable “temple of water and light”. As Trévelo emphasizes in our conversation, it is also a question of rejuvenating what falls under the notion of intermediary stretches or zones that so interested Matta-Clark – again, not to glorify an aesthetics of abandonment or of urban disinheritance, but rather, to remain vigilant over all spaces, however small, in which communities, however ephemeral, are recreated and regenerated. 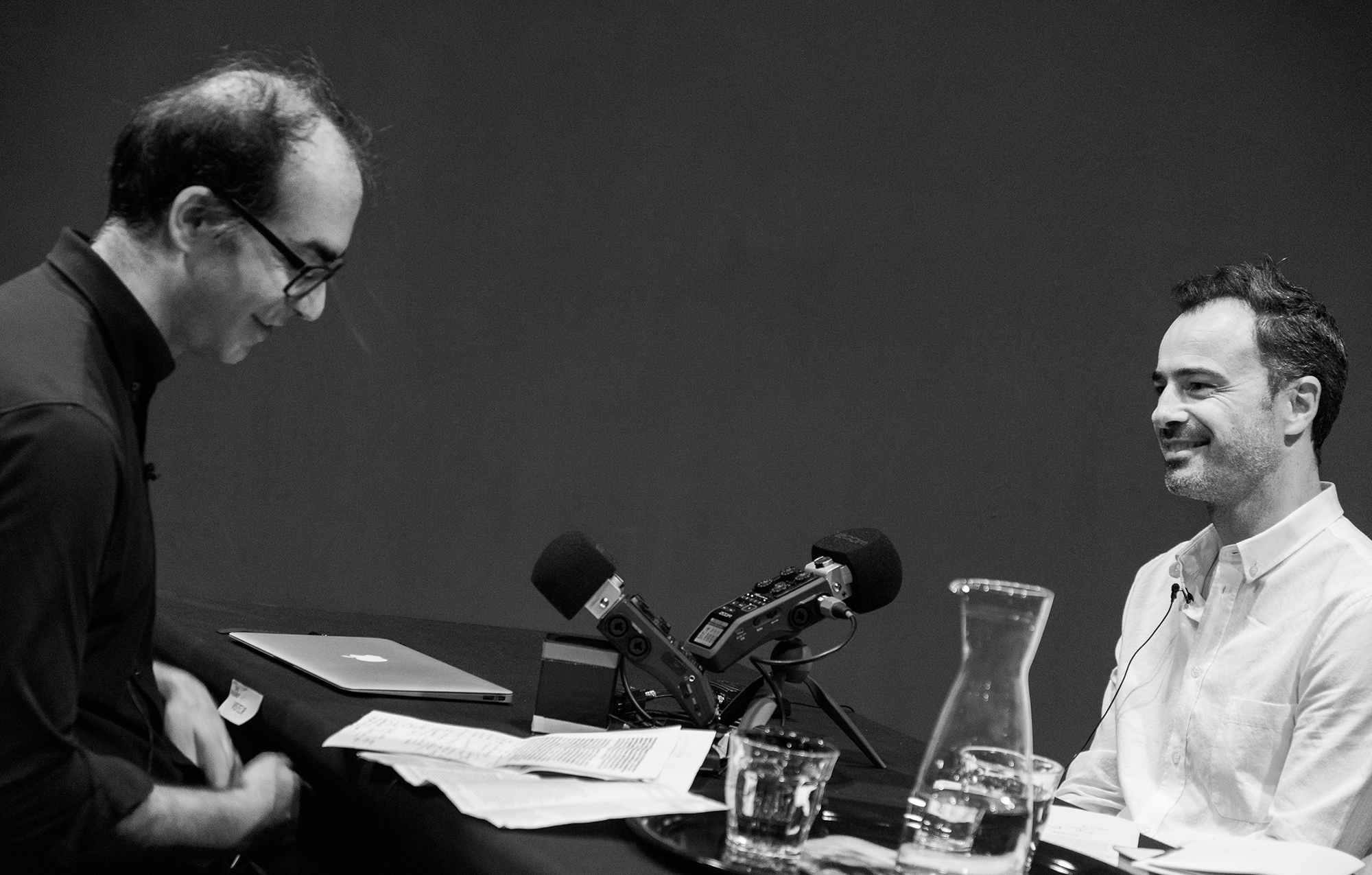 Thursday, 28 June, 2018. Dork Zabunyan interviewing Pierre Alain Trévelo at the Jeu de Paume a few weeks prior to the opening of the exhibition “Gordon Matta-Clark: Anarchitect”.

Pierre Alain Trévelo is the founding partner of TVK with Antoine Viger-Kohler. Born in 1973 in Gap (France), he is an architect and urban designer, graduated from École d’Architecture de la Ville et des Territoires in 1999 (DPLG – ENSAVT Marne-la-Vallée) and in Urban Design at Harvard in 2004 (MDesS – Harvard GSD). Co-founder of TOMATO a group gathering 13 future architects who published the book Paris, La Ville du Périphérique (Le Moniteur, 2003), he teached at École d’Architecture de la Ville et des Territoires in Marne-la-Vallée from 2000 to 2015 and at Sciences Po Urban Design Master from 2006 to 2012. He has been guest critic and lecturer at numerous schools of architecture and institutions in France and abroad, inluding EPFL, UDP Santiago (Chile), ETSAV Barcelona, Hochschule Bremen, ARC USI Mendrisio, ENSA Marseille, ENSA Nantes, IVM…