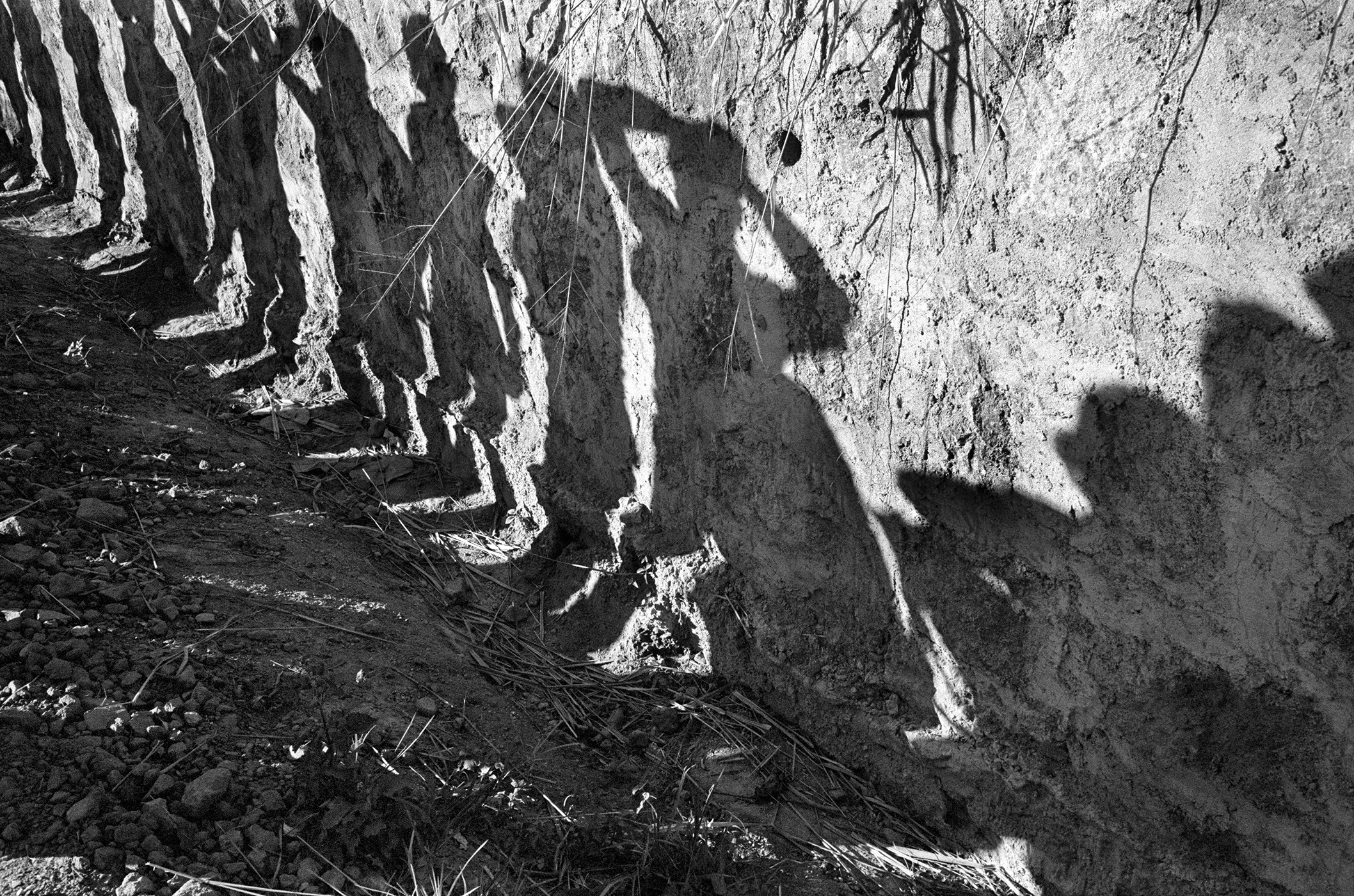 The caption removes any shred of doubt; on the left of the image, the passengers have been taken off the bus and lined up in front of the group of soldiers on the right: the first of them, hands on head, is being patted down by a soldier, who is then going to search the others. It is a classic scene of day-to-day violence in a time of civil war. Ordinary men and women are set against soldiers in two opposing camps of unequal strength: the fragile and slightly twisted silhouettes of the former, each clearly separated from the next, convey their total powerlessness compared to the compact block of soldiers.

And yet a question undermines the obvious nature of this photo, as typified by its caption, and distances it from a solely photojournalistic genre. Why, unlike all the others around it on the walls of the Jeu de Paume, does this particular image only show shadows rather than the bodies, faces and expressions of its protagonists? Is it because Susan Meiselas is reticent to show violence? Could it be a rhetorical process that aims to increase the photo’s impact by suggesting instead of showing and thereby piquing our curiosity at the same time as it disappoints our expectations – an image so full of information that is more real than reality itself?

Perhaps, however by its very nature and its position in the exhibition, this photo above all sows the seeds of doubt in what we are seeing. It invites us to question the credibility we afford to images and what they say about reality. It reminds us that we are like the prisoners in Plato’s allegory of the cave, who are eternally condemned to take shadows projected on the wall for reality. We may well have an advantage over them because we know that these are only images, but we often fall into the trap anyway. The rough surface on which the shadows of the protagonists are projected highlights the fact in its own way: the dry earth, pebbles, stalks of wild plants and irregularly shaped stones of the wall are the very opposite of the smooth mirror-like surface we associate with a photo. The unabashed poverty of the broken mirror that this photo offers us is, on the contrary, the very source of its strength: it does not mimic reality, but looks to reveal it by opening a whole world of questions.