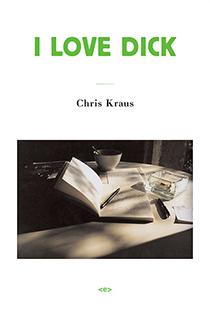 Reading Chris Kraus, notably I Love Dick (1997), was like an electric shock for me. Her writings have been at the heart of many of the discussions I have had, especially with my artist friends. This questionnaire has the same kind of title as one of her texts: “Emotional Technologies.” It’s important for me to know that she writes, that she makes films, that she teaches, that she is a publisher (Semiotext(e)) – she keeps all those balls in the air at the same time.

CK I always feel weak and uncertain at first when I’m writing, then, if things go well, later on, strong. I approached film with a combination of ignorance and arrogance, and only later came to see them in as pathetic. That is: weak but maybe somehow endearing. I think everything under the surface somehow manifests on the surface of film.

CK There was too much lonely time spent fundraising and planning in the filmmaking process. The intensity of the shoot, that’s something to miss, but that was only a tiny percentage of it. I came to writing immensely relieved that the only thing needed was me, a quiet place to be, and a notebook or computer.

CK No, I think I line up more with the anti-mom school of feminism. I always more wanted to be one of the guys, and was heartbroken to realize I couldn’t. This in itself was a revelation – and led me to seek out the work of women who’d done heroic, inspiring things that had more or less been written out of art history.

CK Film, I don’t remember. Writing, it varies according to where I am in the process. The farther along, the easier it is to dive in. It’s the beginning that needs fetishes.

CK Too vast to go into here, and it varies from project to project. Film for me started with watching movies by Michael Snow, James Benning, Godard. When I first arrived in New York, someone took me to a screening of a James Benning film where the camera held for 20 or 30 minutes continuously on a Midwestern industrial smokestack. I’d never seen anything like that before. I hated it, then thought about why. It forced me to learn something.

CK Can’t talk about it.