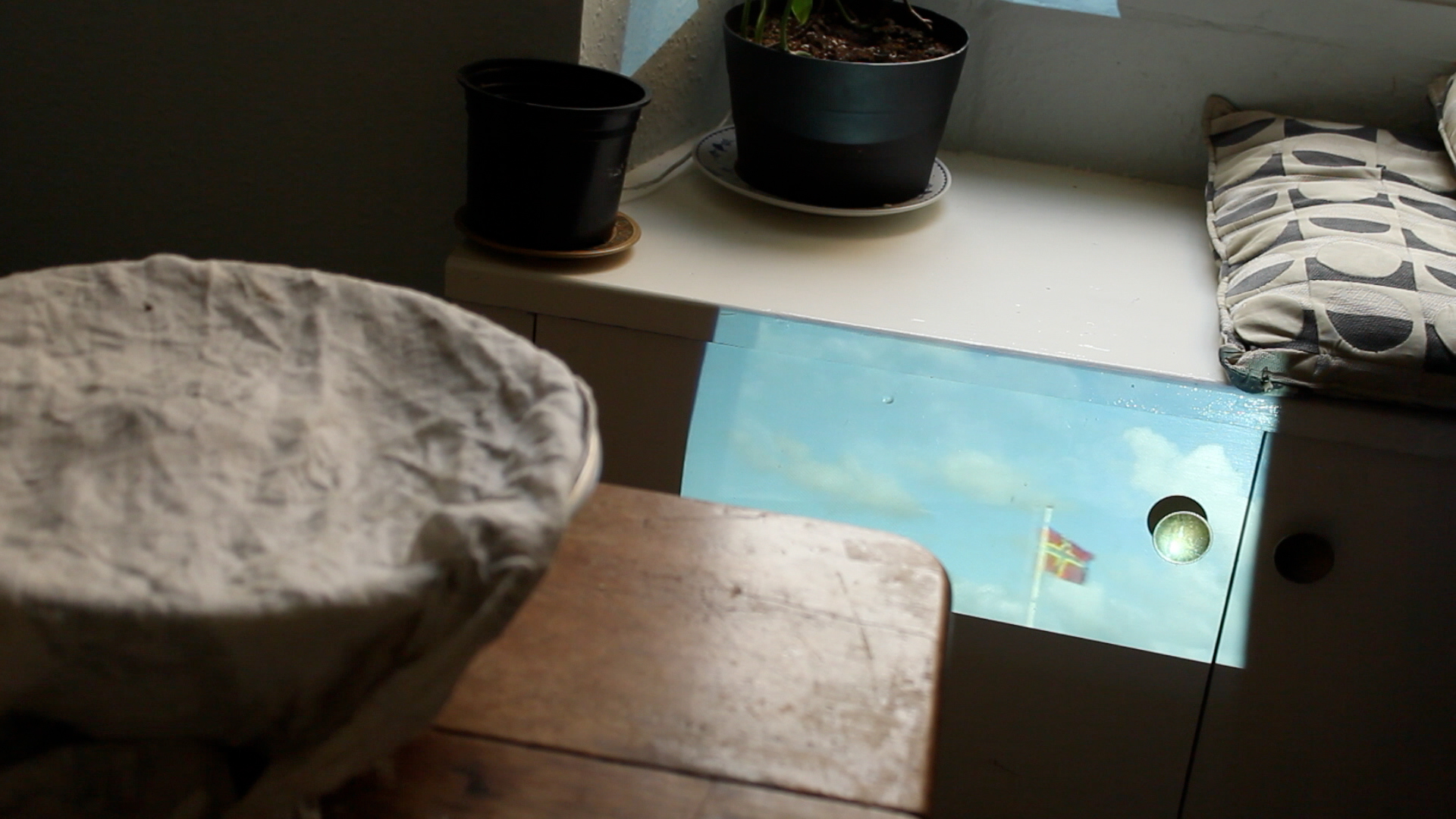 I discovered the work of Sarah Forrest (1981) through Quinn Latimer, who had organised a show in Glasgow with a title that I really liked: “Mood is Made, Temperature is Taken.” One of Sarah Forrest’s films, that now (2013), uses the voice-over in a singular way. It is a homage to a Scottish filmmaker, Margaret Tait. Speaking of this film, Sarah explains that “I had wanted to write it like a statement of facts, with each line beginning with the word ‘that,’ creating a non-hierarchal text where memory, mood, thoughts, feelings might all be seen as facts.”

SF From this position: It is a Saturday morning and I am waiting for the coffee to boil. I have been writing and deleting, rewriting and deleting for over an hour. I keep flicking between understanding what Kim Gordon means and then resisting understanding what she means. Words are all I have here and so I have to use them carefully. How do I write confliction?1 I want to read between her lines: I like being in a weak position and making it strong but there is only one line to read, and so I am going to run with it. Who or what positions weakness?

SF Film making for me is similar to writing, in that it is something I generally do alone, but the process is punctuated with social moments. I find the work I make spills over its own edges and into other experiences that I am having, whether I’m reading a book, or in the pub, or cooking my tea, or talking with friends. I can never quite separate it all out. That’s not to say that I am always working, but it’s more that collectively, all of these experiences, whether they’re social experiences or individual ones, coalesce with whatever work I am making at the time. And so although I go in search of solitude to write or make films, I wouldn’t consider it an isolated or entirely solitary practice. But I do need to be alone to write. I remember reading something by Virginia Woolf where she wondered whether she could listen to her own thoughts, as though thought was something that happened, like film happens. This doubling, or splitting of herself into both speaker and listener seems a good analogy for that uncanny experience in writing where I read the I who wrote, and for being alone with yourself.

SF I remember a friend telling me once to trust my own intellectual journey and it’s a phrase that has stuck with me. What else can I do other than think from where I am? What struck me about feminist thinking and writing was that thought could coincide with its thinker, weaving together politics, love, theory, sex, domesticity, work or whatever and all be present on the same page, the same sentence, spoken in the same breath, in the speaker’s voice. I’ve been reading a book of Ursula Le Guin’s lectures and essays recently and she talks about a heated discussion she was having with a group of women who were beginning to argue over theories in abstract, objective language when one woman quite quietly said ‘Offer your experience as your truth.’ And Le Guin writes: “There was a short silence. When we started talking again, we didn’t talk objectively, and we didn’t fight. We went back to feeling our way into ideas, using the whole intellect, not half of it, talking with one another, which involves listening. We tried to offer our experience to one another. Not claiming something: offering something.” To begin with your own experience – this is something I took from feminist thinking.

SF I need to make something happen in reality, perform an action or create an object that I can respond to. At the moment I am learning a drum solo.

SF I’ve only included women here, there are plenty of men too: Virginia Woolf, Lis Rhodes, Margaret Tait, Chris Kraus, Clarice Lispector, Luce Irigaray, Kathy Acker, Ursula Le Guin, Jayne Parker, Mary Shelley, Vanessa Place, Moyra Davey, Lydia Davis, Chantal Akerman, Doris Lessing and I’m sure there are plenty more who I will think of as soon as I email this to you…

SF I won’t list them but yes, hand in hand.

SF I’m not entirely sure…

1 Apparently “confliction” isn’t a real word; it’s not in the dictionary. I Googled it to check and in the comments at the bottom of the page I found this: Whether or not a word appears in a dictionary isn’t necessarily a measure of its existence. I wasn’t going to use it because it isn’t really a noun, but who is to say.