“Censorship is a symptom of an insecure society, right? “

Goodbye
Posted on Jan. 31 2017 by jeudepaumeblog

January 29th, 2017. Chinese New Year. In Paris, the traditional festivities which take place in the XIIIth arrondissement are suppressed “for security reason”. Since this summer, before our eyes, Turkey is turning into a dictatorship as fast as the ice cap is melting. As in the 1930s in Europe, should we again see how rapidly the achievements of culture and education can be swept away? This blog is ending as Trumpery is spreading a new storm of chaos, falsification, racism, egoism, self-satisfied ignorance and cruelty all over the world. Since the end of WWII and its promises of reconstruction, how did we regress so quickly? What has to be done, with the weapons of art? 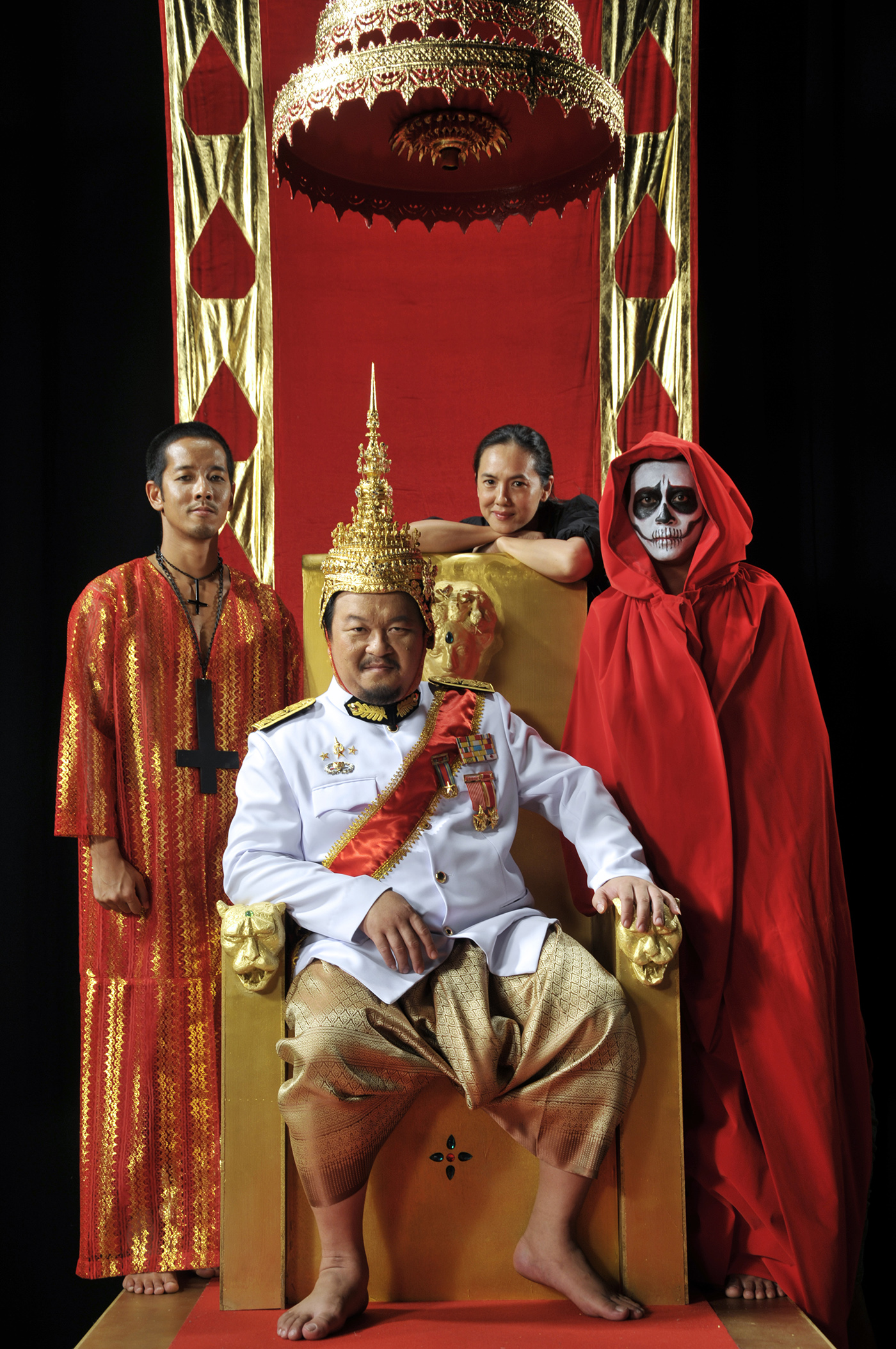 With her usual Witz and energy, the filmmaker Ing K, who for almost 40 years struggles daily against oppression in Thailand, through her blog “Bangkok Love Letter” sends some news and metaphorical principles about censorship and self-censorship. 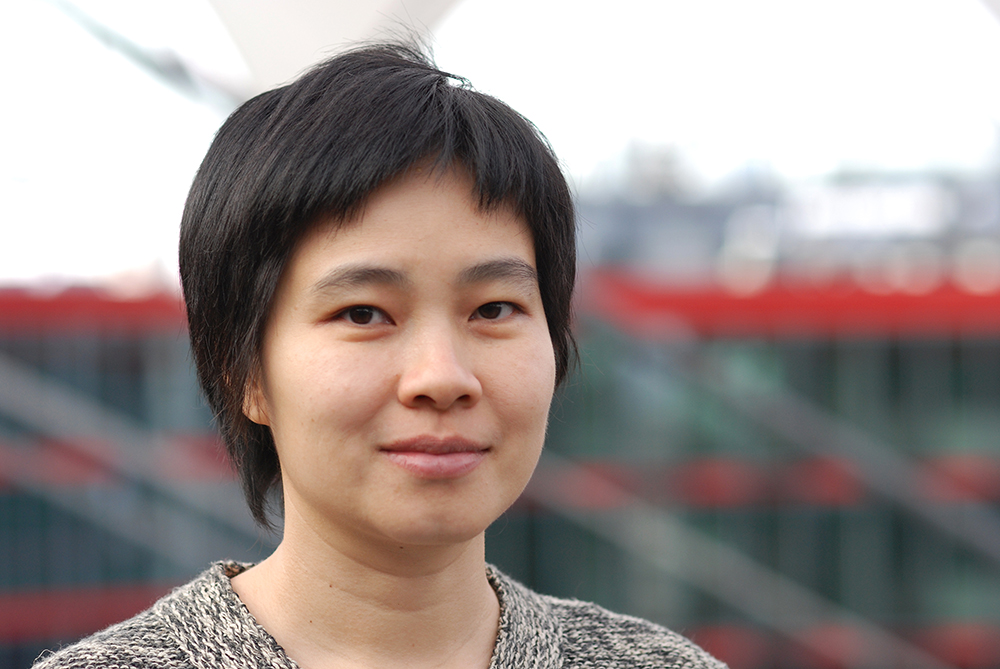 Filmmaker, photographer and artist Tan Pin Pin is among the great contemporary voices of the art scene in Singapore, the city state to which most of her output has been devoted. Her work initially impresses through its formal diversity, unfailingly offering the radicalisation of a filmic resource: a record of the exhumation and removal of a tomb (belonging to the director’s grandparents) in the name of rapid urbanisation – Moving House (version one, 1997) – rubs shoulders with the immolation of a Barbie doll in Microwave (2000); a 38-minute sequence shot crossing the island taken from the Pan Island Expressway – 80km / h (2003) – is followed by a pointillist portrait of the city through its banned songs and dialects in Singapore Gaga (2005); a strictly visual kinetic collage of footage from television archives showing four decades of national celebration – 9th August (2006) – gives way to a strictly textual semantic interrogation of the word “remember” in Thesaurus (2012). If every one of these films boasts its own unique formal apparatus, they are all energised by the same critical task of describing, safeguarding and promoting a multi-ethnic Singapore, one that remains both multi-cultural and fraternal in the face of the government’s coercive standardisation policies. Moving House (version two, 2001), Gravedigger’s Luck (2003), Invisible City (2007), The Impossibility of Knowing (2010) and Yangtze Scribbler (2012) all confront death, from the results of criminal lives to the sometimes tiny vestiges human existence leaves behind, as well as providing support for those in danger of simply vanishing without trace. Such a sense of responsibility to collective history, which carries living individuals and dead bodies along with it like wisps caught in a whirlwind, actively seeks out every possible visual and aural means of first countering the Singapore authorities’ artificially imposed view of progress as a forced march away from independence, then repairing the damage caused to collective memory, culture and emotion.

I was hosting a pop music programme on national Lebanese radio called Les Marsupilamis ont les yeux bleus (‘Marsupilami Got Blue Eyes’), and had seen the film Mondo Cane (Paolo Cavara, Gualtiero Jacopetti and Franco Prosperi, 1962): I suggested making a news journal of a similar type, and searched through the AFP’s files for information on strange things happening around the world. This was in 1970. One day, I arrived at the radio station and was informed my show had been cancelled. A journalist later told me I had violated the station’s rules. Outraged that the broadcasters had banned me for no good reason, I went on air anyway, informing listeners that although I had been silenced, Marsupilami would always have blue eyes.

After Jordan’s Black September, I worked for Lebanese television with Jörg Stocklin. I was told not to mention anything involving the Israelis and the Palestinians. I protested, pointing out that we had demonstrated alongside the Palestinians in 1969. It seemed that the only journalist permitted to address these issues was the one who received a weekly envelope filled with money from Saudi Arabia.

In 1973, Palestinian refugees were bombed in Lebanon. We went up on the roofs and saw planes dropping bombs, decimating entire neighbourhoods. There were Palestinian Fedayeen fighters in the streets. I knew I couldn’t continue working for a television station whose leaders refused to publicly acknowledge the presence of Palestinian fighters in the camps or the problems faced by refugees.

JOCELYNE SAAB: “THE PRICE OF FREEDOM IS HIGH”* 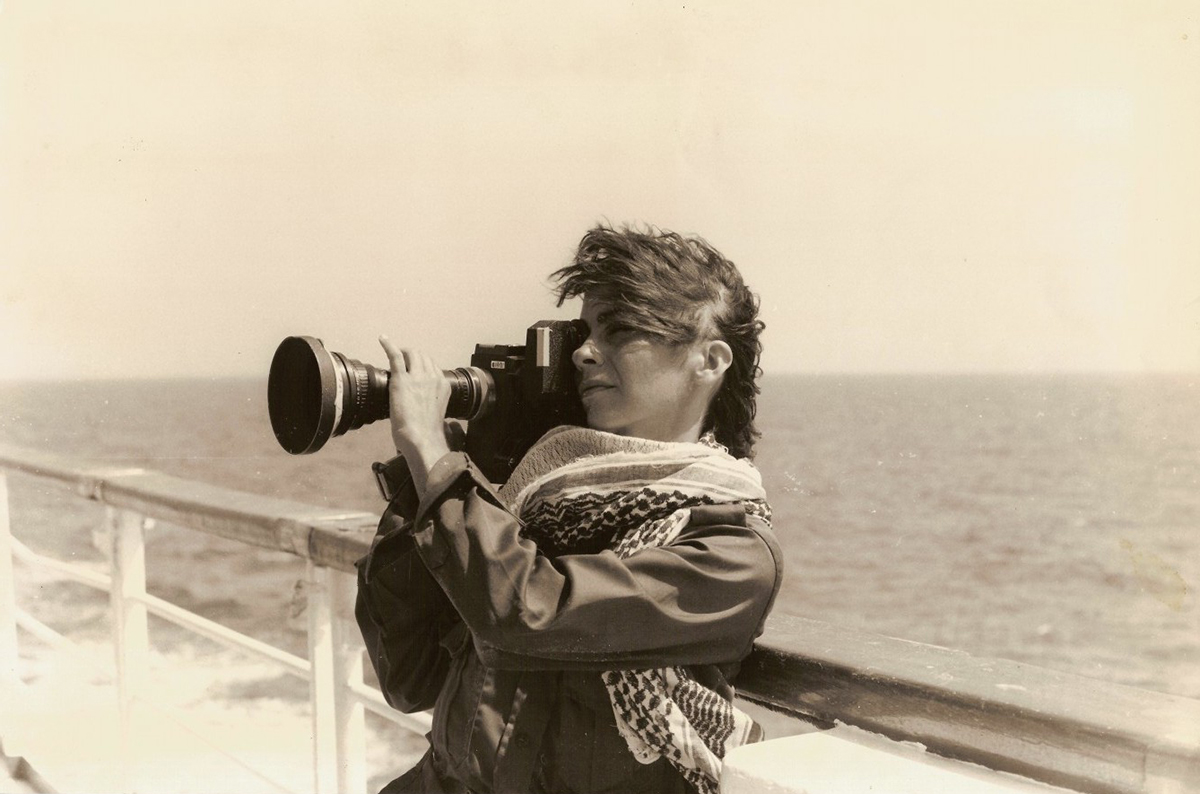 Born in Beirut in 1948, Jocelyne Saab is a journalist, photographer, writer, filmmaker, producer and visual artist. In 1972, she was hired to write for the writer and artist Etel Adnan’s journal As Safa, and Adnan later wrote the commentary for her film Beyrouth, jamais plus (‘Beirut, Never Again’, 1976). After shooting several reports for Lebanese and French television companies in Egypt, Western Sahara, Iraqi Kurdistan, Iran, Syria and Vietnam, Saab produced and directed her first feature-length film, Le Liban dans la tourmente (‘Lebanon in Torment’, 1975). Writing about this film, Adnan claimed: “This is an extraordinary achievement. It catches the Lebanese environment which led to this war in a way no previous document, whether written or filmed, has ever done. Through her political courage, moral integrity, and profound intelligence, Jocelyne instinctively grasped the essence of this conflict. No document about this war matches in importance Jocelyne’s cinematic achievement in the three films she has dedicated to Lebanon.

Nicole Brenez: Can you tell us about your education, formation, artistic environment?

Ing K: I’m an art school drop-out, so I am formed by life rather than by formal education, though I did have a good classical education both in Thailand and later in England (middle and high school). 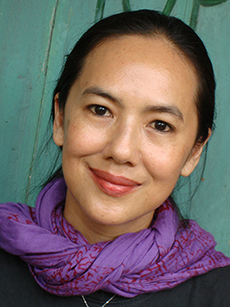 My biggest influence was undoubtedly my mother, an artist, teacher and serious environmental activist.  She was Thai but was born and raised in England during World War 2 (to this day, we don’t waste food in our family!). She inspired in me a great love of nature, art and music, as well as English poetry (Shakespeare, Wordsworth and Blake especially, but nonsense rhymes too) and world myths and fairy tales, especially Greek mythology, which is probably my first religion. At the same time at school in Thailand I was steeped in Thai epic poetry, which as a child I loved to chant in the traditional way. (Thai education has since changed for the worse; the current syllabus almost totally neglects essay-writing and the teaching of poetry. Thai culture is actually very lyrical; when you take this away, you take away our soul. I consider this one of the roots of our present evil.)

I went to art school instead of university because I wanted to become a painter, but I dropped out after seeing a film on the Cambodian refugee crisis on TV which made me feel guilty and useless, so I came back home to work in a refugee camp on the Thai-Cambodian border in 1980. This led to journalism and eventually to film. 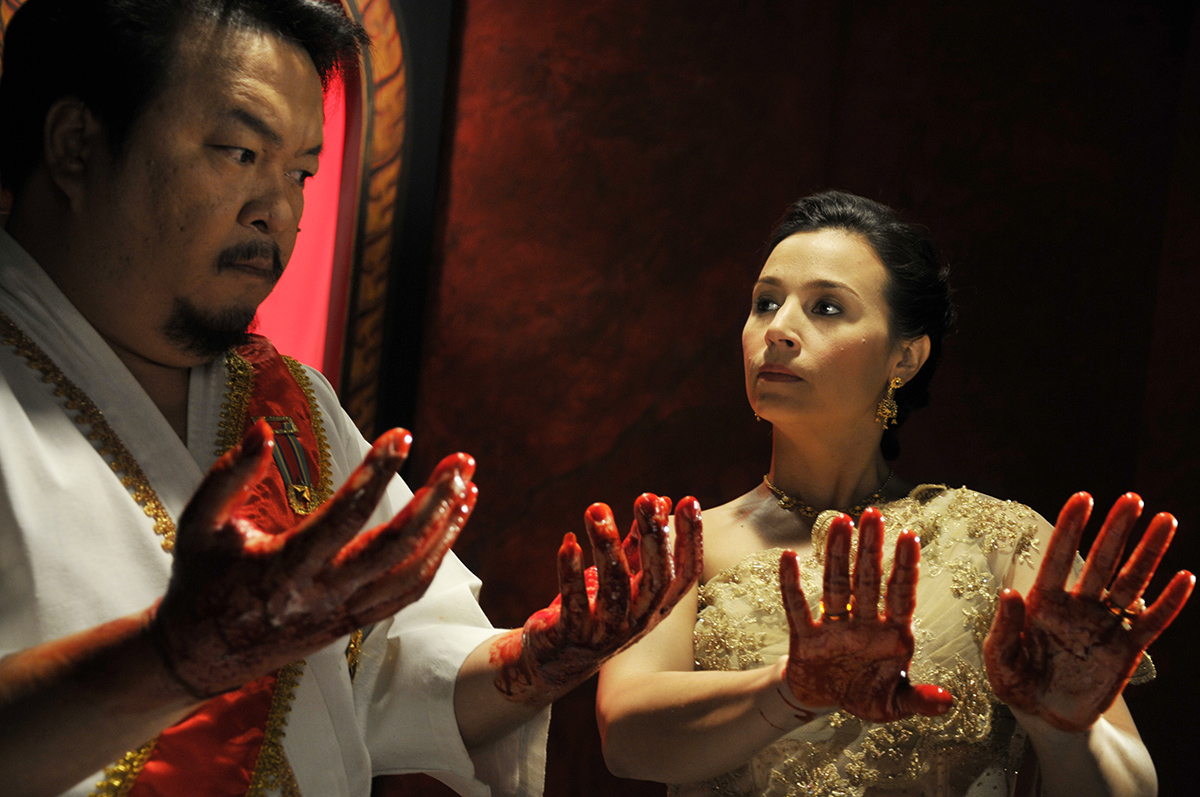 Abandoning studies in fine arts to rescue refugees at the Cambodian border because she felt it more important to help her neighbours: the approach of journalist and filmmaker Ing K(anjanavanit) can be summarized in such a step. This decision has the beautiful effect of structuring artistic work from real-life violence, as evidenced by the masterful diptych Shakespeare Must Die (fiction, 2012) and Censor Must Die (documentary, 2013). Ing K had previously created a work of fiction, My Teacher Eats Biscuits (1998, 16mm), that was censored by the ‘democratic’ government, as well as a series of documentaries: Thailand for Sale (1991), Green Menace: The Untold Story of Golf (1993), Casino Cambodia (1994) and Citizen Juling (2008), four films dedicated respectively to the economic, ecological, social and religious problems of her country, Thailand (though she prefers to use what she called its pre-fascist name, Siam).

An ethics of questioning.
An interview with Bani Khoshnoudi 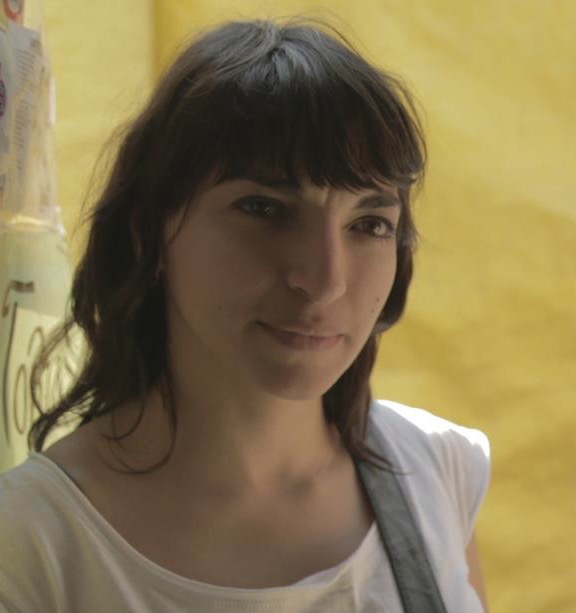 “Each face could be that of a political prisoner or a martyr,” says Bani Khoshnoudi in her masterpiece The Silent Majority Speaks, which was filmed in Tehran during the Green Movement in 2009, and only distributed clandestinely under the pseudonym “The Silent Collective” until 2013.  To be witness to a popular uprising against the dictatorship, while taking care not to endanger those whom she filmed; to go over a century of political upheaval that has been more or less insurrectionary and always repressed to the point of bloodshed; to reflect on the lethal, toxic yet sometimes, on the contrary, emancipatory function of images: the sum of these tasks, taken up in The Silent Majority Speaks, clearly show the self-demanding nature that moves the visual artist, filmmaker and producer Bani Khoshnoudi. Fleeing all dogmatism, she develops what one could call an “activism of questioning”, which she has practiced in the context of popular protests in Iran, the anti-migrant political situation in France, or even Zapotec culture in Mexico. In a book on self-liberation whose title, Les sauvages dans la cité (‘Savages in the City’), recalls the name that Bani Khoshnoudi has chosen for her production house, thus placing it under the aegis of Claude Levi-Strauss’ “la Pensée Sauvage” or the “The Savage Mind”, the historian René Parize made a distinction between “submissive knowledge” and “the knowledge of revolt »*.

Faced with political-religious censorship as much as certain strategies of self-censorship, Bani Khoshnoudi’s work develops not only an ingenious expertise of “the knowledge and know-how of revolt”, but also and especially, something essential: an unbreakable conviction, as one will discover in the following interview.

Each Dawn a Censor Dies

“Beware, censor, look at this throbbing hand of a woman in the foreground, look at that dark eye, this sensual mouth; your son will dream of it tonight, and thanks to this he will escape the life of slavery that you have destined for him. (… Censors) do not recognize the all-powerful, liberating virtues of dreams, of poetry, nor of the flame that burns inside all hearts that are too proud to bear comparison with a pigsty. Despite their scissors, love will triumph. Because cinema is only an instrument of propaganda for higher thinking.” *

This sensual warning from Robert Desnos, published in 1927, describes how, in all spheres of life – public, collective, private, intimate, fantastical – there exist conventions, prohibitions and taboos. The histories of institutionalized censorship and that of the arts are intertwined like two winding vines that climb up the social stock. 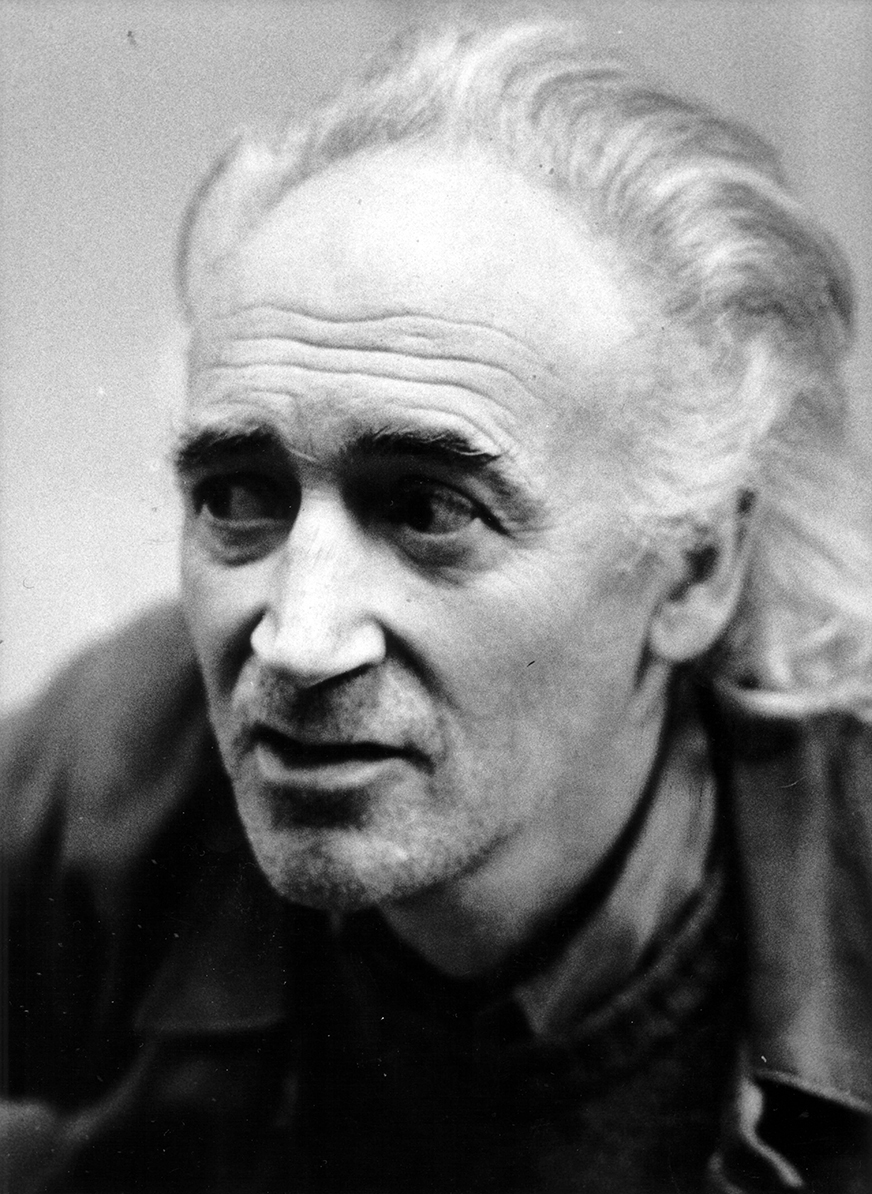